Worksite immigration enforcement actions have increased dramatically under the Trump administration, part of the White House’s crackdown on incentives that drive illegal immigration into the country.

Immigration and Customs Enforcement’s (ICE) investigative unit opened four times as many worksite inquires in the 2019 fiscal year than it did at the end of former President Barack Obama’s time in office, according to data obtained by the Wall Street Journal. ICE’s Homeland Security Investigations opened a total of 6,812 in the last fiscal year, a sharp increase from the 1,701 in the 2016 fiscal year.

These worksite enforcement actions target non-citizens who are working in the U.S. illegally and their employers. The increase in inquiries has also led to more apprehensions, with the agency making 2,048 administrative arrests in fiscal year 2019, up from about 500 from the previous year.

ICE has broken records in its recent crackdown on illegal employment of foreign nationals. The agency, for example, raided seven different Mississippi food processing plants in August, leading to the arrest of 680 illegal aliens. The bust marked the single largest such raid in U.S. history.

Homeland Security Investigations (HSI), which serves as the investigative branch of ICE, is behind numerous high-profile arrests and raids that extend well beyond immigration-related activity.

HSI agents in fiscal year 2019 made 3,771 criminal arrests relating to child exploitation, an 18% increase from the year before. ICE’s investigative division in November officially opened the Angel Watch Center in Fairfax, Virginia, which is dedicated to the prevention of child sex tourism — the act of traveling internationally for the purpose of sexually exploiting minors.

During the 2019 fiscal year — which began on Oct. 1, 2018 and ended on Sept. 30 — criminal arrests by ICE agents totaled 37,547, a 10% uptick from the previous fiscal year, according to WSJ data. These arrests included drug-related and human trafficking crimes, and also includes immigration-related crimes such as employment of illegal aliens.

While President Donald Trump has made immigration enforcement a focus of his administration, the demographics of the current border crisis have made it more difficult for arrests to lead to deportations.

For months, the vast majority of those reaching the U.S.-Mexico border were migrant family units from Central America, not single, male adults from Mexico. Foreign nationals from noncontiguous countries are more difficult to process and remove from the country because of current U.S. immigration laws. The result has been record detention of illegal aliens, but still far fewer deportations than seen under the Obama administration.

Around 1.8 million foreign nationals were deported from the country in the first three years of the Obama administration. The Trump administration, on the other hand, has deported fewer than 800,000 in the same time period. Detainment, however, has reached record levels, with roughly 50,000 individuals jailed on any given day last year by ICE, the biggest detainment number in the government’s history. 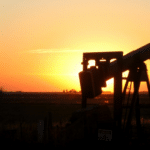 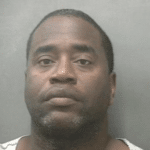 No-Knock Warrants: Are They Worth The Price of Innocent Lives?