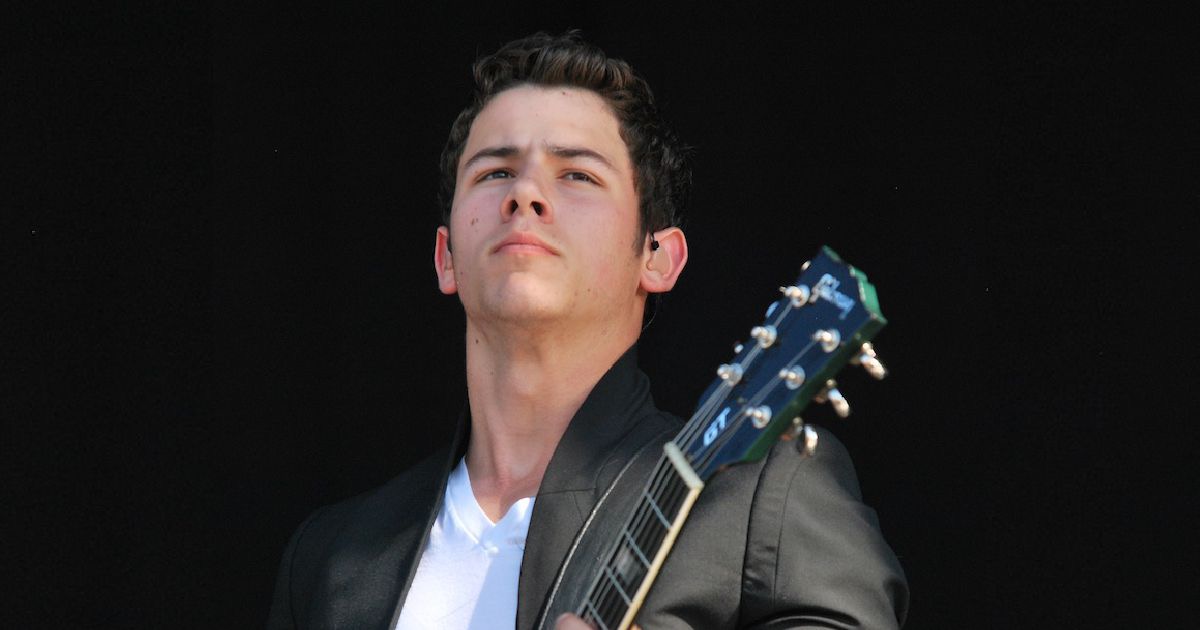 Singer and actor Nick Jonas is set to be the youngest person ever to grace the cover of the popular cigar magazine “Cigar Aficionado” when the September/October issue is released on September 24th.

“First person under 30 to hold a cigar on the cover of one of my favorite magazines. So pumped about this one! Thank you @CigarAficMag! Issue on newsstands September 24th, Jonas wrote September 9th.”

First person under 30 to hold a cigar on the cover of one of my favorite magazines. So pumped about this one! Thank you @CigarAficMag! Issue on newsstands September 24th. pic.twitter.com/4n5ga5xKDr

The youngest Jonas brother will make history as being the youngest person to be on the cover of the magazine in the publication’s history at age 27. However, not everyone shares Nick’s enthusiasm about making cigar history. In fact, some of his fans are outright triggered by the news.

Fans of the youngest  Jonas brother are outraged by his hobby. Many wasted no time telling him what a bad person he is for enjoying cigars. The singer’s Twitter feed is full of outrageous comments about how he is a terrible role model for advocating cigar smoking, how he will soon contract lung cancer, and how his status as a sex symbol has now been revoked.

I don't think this is something you should be bragging about.

I love you but smoking kills and it’d be smarter from you to not promote such a thing and make it look cool , cus it’s not.

love you jiju. this ain't my business. your lungs, def not mine. but "smoking cigar" or "holding a cigar for your fav mag cover" ain't something to be proud of. you are a grown man now. and this is 2019.

There are many things I could say about Nick’s fans’ nonsensical behavior over his decision to smoke cigars, but I will start with their biggest criticism that Mr. Jonas’ smoking cigars will cause him to get lung cancer.

This is one of the biggest lies the anti-tobacco crowd would have you believe. In fact, for a long time, before I started smoking cigars and pipe myself, I too thought this was the truth. Being the grandson of two heavy cigarette smokers, I was terrified to touch tobacco in any form.

Before embarking on my journey into the world of cigars, I did quite a bit of research. I wanted to find out how bad cigars really were for an individual’s health? What I discovered is that cigars are not the dangerous “cancer sticks” that the anti-tobacco would have you believe they are.

Contrary to what those Twitter critics who would likely love to see Nick Jonas’ career go up in smoke think, there’s no real proof that smoking cigars causes lung cancer. In fact, the FDA released a 2016 study which revealed that people could consume one to two cigars a day without any statistically elevated risk of cancer-related death.

The reason cigar smoking is not a serious health risk is that cigar smokers, unlike cigarette smokers, do not inhale the smoke into their lungs, but instead take it into their mouths for taste.

The second reason cigars can’t even be placed in the same realm as cigarettes is because premium cigars are entirely made of tobacco. A premium cigar is comprised of three parts: the wrapper, the binder, and the filler, all of which are nothing except tobacco.

Cigarettes, on the other hand, are made up of approximately 600 ingredients, containing around 7,000 chemicals 69 of which as poisonous. On these merits alone, the roots of their self-righteous argument is rooted in ignorance of cigars and the cigar community.

If you don’t like smoking cigars, that’s fine. Simply don’t smoke them. But to shame Nick for enjoying a masculine hobby is outright insane.

Nick is an adult – not a 13 year-old-boy anymore. Kids don’t smoke premium cigars. It is illegal, and they are generally far too expensive for kids to afford. Cigars can range anywhere from about $5 to $12 on the cheap end of the scale. It is also worth noting that many cigar smokers don’t start smoking until much later in their lives. In fact, according to CSPdailynews.com, most premium cigar smokers don’t start until between 25-35 years old.

I don’t understand why anyone would want to waste their time trying to shame a man for doing an activity that men (and some women) have enjoyed for a very long time! People should learn to grow up and mind their own business. If a grown man can’t decide for himself that he wants to smoke a cigar, then he isn’t free.

Twitter users are literally treating Nick like a busybody who wants to control every aspect of everyone’s life. It’s ridiculous that these goons would treat a 27-year-old man like a little boy who should know better. I would argue that the way half of these people eat is far worse for someone’s health than having a cigar. It’s insanity that people would be so triggered that they would attempt to denigrate Nick’s accomplishment of making history in the cigar world.

Nick should be proud of his accomplishment. He made history and looks dapper doing it. Enjoy your success, sir, and blow some good smoke from a great cigar that puts the steam coming from your triggered “fans” ears to shame.

Watch my message to America below:

Are Consumers Now Shopping For their Groceries Online?