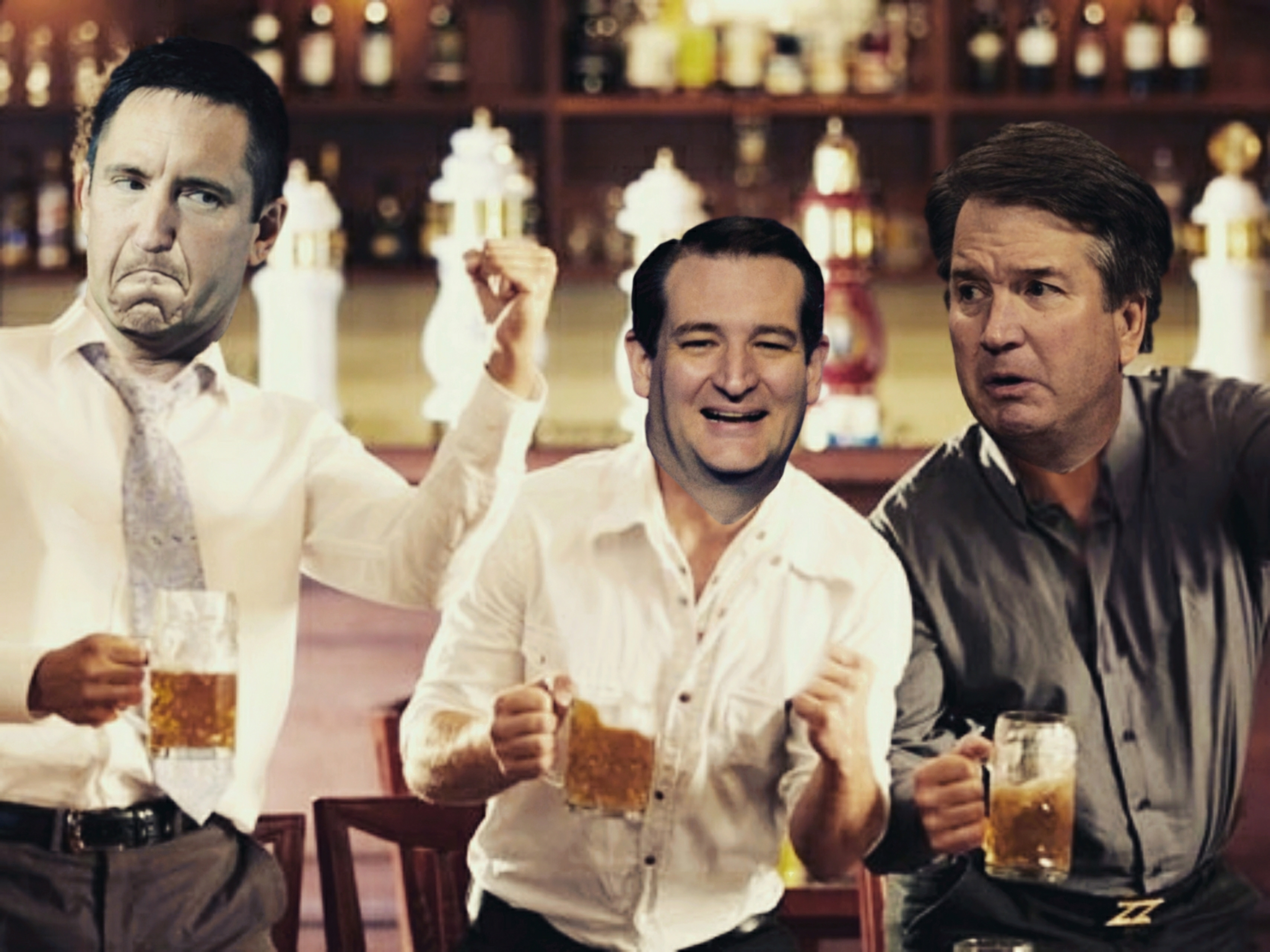 “Who voted for Ted Cruz?” asked Trent Reznor of his crowd during a concert in Dallas last night.

“See, the lights aren’t on, I can’t see. Is there any way to turn the lights on? I’d like to see.” It didn’t take long for some roadie to fix the problem.

“Come on, raise your hand. You guys. Nothing to be ashamed of.” I’m not sure that last bit was meant sincerely or not, and I’m not sure how many raised their hands or even how many were honest.

“Just checking. He might be here tonight. He was bugging to get on the guest list, and I told him to fuck off.”

No word on whether, later that night, Cruz slowly took down a NIN poster from his study to any one of a number of depressing industrial anthems… single tear. But I can surely picture such a thing.

“He came around a few years ago, he drank all the beer, and was just a pain in the ass to be around, so.”

Whether or not he had come around and drank all of Trent’s beer some years back like some common Kavanaugh isn’t clear. Lindsey Graham once famously said at a Congressional dinner that “If you killed Ted Cruz on the floor of the Senate and the trial was in the Senate, nobody would convict you.”, lending credence to the pain in the ass bit.

This was Trent’s intro to the song “1,000,000” from the album “The Slip”. The opening lyrics are reminiscent of Ted Cruz’s Reek moment, in which Trump came down for a campaign rally… after a primary where Trump had famously insulted the appearance of Ted’s wife and insinuated that his father may been involved in the murder of JFK.

For Trent Reznor’s part, he’s been overtly political for a while, starting roughly a decade ago with the album “Year Zero”, which told the story of a dystopian American future. Like most futuristic fiction (the album was set in a storyline of 2022), much of it was based on the politics of the present. Specifically, it criticized the direction of government policies as they relate to civil liberties at home and wars abroad in the mold of 1984.

He’s been a vocal critic of Trump in recent years. Last year, he called Trump “a vulgar, grotesque dope” in an interview with Rolling Stone. In June of this year, he told the Guardian that we were “seeing the fall of America in real time”. He openly worries about “The rise of Trumpism, of tribalism, the celebration of stupidity. I’m ashamed, on the world stage, at what we must look like as a culture.”

For Cruz’s part, he’s spoken of his musical taste before, and as expected it doesn’t seem to quite line up with NIN fandom. He insists that “I grew up listening to classic rock, and I’ll tell you sort of an odd story: My music taste changed on 9/11. I actually intellectually find this very curious, but on 9/11, I didn’t like how rock music responded.”

Nancy Pelosi Wins Nomination For Speaker Of The House

All Bark, No Loss of Bytes