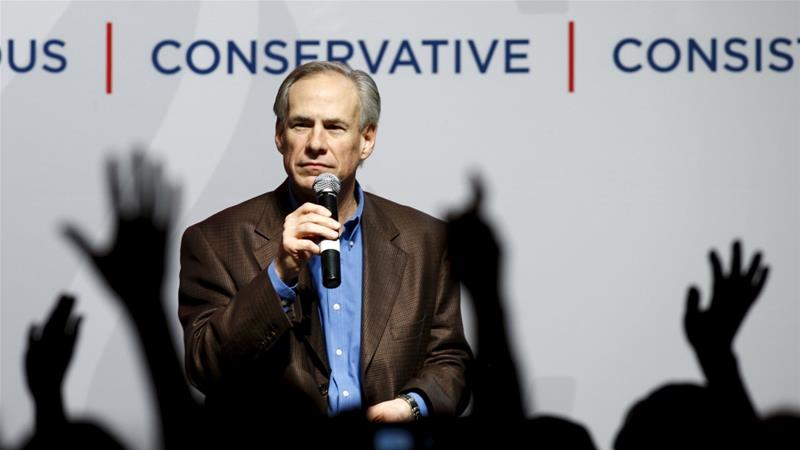 The Texas Senate passed Wednesday a bill that bans sanctuary cities throughout the state, clearing the last legislative roadblock for the controversial measure and sending it to Gov. Greg Abbott’s desk for final approval.

In a 20-11 party line vote, Republican state senators adopted the House version of a bill that prescribes tough penalties for local officials who refuse to cooperate with federal immigration authorities. Senate Bill 4 also gives police the power to inquire about the immigration status of anyone they detain or arrest, including the subjects of traffic stops.

Abbott, who has backed the effort from the beginning, tweeted that he was getting his signing pen “warmed up” to make the bill a law.

SB4 is the nation’s first state-level law that bans sanctuary jurisdictions and threatens to jail police chiefs and county sheriffs if they refuse to cooperate with federal immigration authorities. Texas Republicans say the potential for jail time is necessary to dissuade officials in liberal jurisdictions from endangering public safety in the name of political gain.

“There is no excuse for endangering our communities by allowing criminal aliens who have committed a crime to go free,” Lt. Gov. Dan Patrick said in a statement Wednesday. “SB 4 will ensure that no liberal local official can flaunt the law.”

The anti-sanctuary bill was in large part inspired by the policies of Travis County Sheriff Sally Hernandez, who has refused to honor Immigration and Customs Enforcement detainer requests unless the subject is wanted for serious crimes like murder or aggravated sexual assault. Hernandez has said she will comply with the provisions of SB4 if it becomes law.

SB4 passed over fierce opposition from Texas Democrats and immigration advocacy groups, who say it will give police power to discriminate against Hispanic residents and ultimately harm the trust between immigrant communities and law enforcement. No Democratic state legislators supported either the Senate bill or the House version that passed last week. (RELATED: Texas House Passes Sanctuary City Ban With Stiff Penalty For Public Officials)

“It’s gone from a bad bill to a really, really bad, horrible bill that will result in police officers investigating the immigration status of a person, including children, without probable cause,” said Sen. Sylvia Garcia, a Democrat from Houston. “I’m afraid this legislation will lead to harassment and profiling of Latinos, and this is the last thing any of us would want.”

“Nowhere in the bill as it came back from the House does it instruct officers to demand papers,” Perry said Wednesday. “Nowhere in the bill does it allow an officer to enforce federal immigration law. Officers still do not have the authority to arrest someone merely for being unlawfully present (in the country), which is a federal power.”