Business picks up at Missouri’s 13 casinos…

From POW to Mr. Miyagi: The Real…

In a country addicted to political drama, much of the nation was riveted to yesterday’s Senate Intelligence Committee hearings featuring the testimony of former FBI director James Comey. The fallout from the hearings is spinning in every direction as Trump’s friends and foes exaggerate the importance of Comey’s statements. Moveon.org sent out emails this morning telling its followers that they are finally taking the bold step of calling for impeachment of President Trump (although I think they’ve been calling for that before he ever took the oath of office). Alan Dershowitz opined on Fox News—before Comey’s testimony had even concluded—that the president, as head of the executive branch, has the legal right to stop any investigation carried out by his subordinates, foreclosing on any obstruction of justice charge. The Huffington Post is calling Trump “BLUFFER-IN-CHIEF” this morning, while The New York Times is referring to Comey’s meetings with the president as “Run-Ins.”

Yes, much of the country was salivating over what we might learn about the president from Mr. Comey, but we actually learned quite a bit about Comey himself and how he has executed his role as FBI director over the past year.

Here are my top five takeaways on Comey from yesterday’s testimony:

1. Comey Doesn’t Know How to Deal With His Superiors 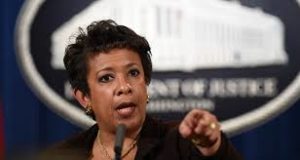 I know a young man who recently in a job interview was asked, “Tell me about a time when you knew your supervisor was wrong and how you handled it.” In case you’re wondering, he wasn’t interviewing for FBI Director or even a management position. Out here in the real world, employees are expected to properly deal with situations in which their supervisors make mistakes or ask them to behave unethically.

Evidently that’s not a requirement to head up the Federal Bureau of Investigation. Comey readily imparted that Loretta Lynch pressured him to call the Hillary Clinton email investigation a “matter” as opposed to a criminal investigation. What did he do? He complied, legitimizing Clinton’s campaign narrative to the press and the country. After Lynch and former president Bill Clinton met on a tarmac at Sky Harbor airport, instead of calling for a special counsel to investigate, Comey decided instead to break protocol and make the call on whether to indict Clinton himself.

In dealing with Trump, Comey also expressed that Trump’s request for loyalty and the oddity of several private meetings between them were inappropriate. Did he tell the president he felt that the meetings were inappropriate? No. Did he lodge a complaint with the White House counsel? No. When asked for loyalty did he affirm it? Yes. And after being inept at dealing with the requests commander in chief, he created a series of CYA memos in case it ever came back to haunt him, and then leaked them via a friend to The New York Times.

Comey may rightly be critical of Trump’s professionalism, but perhaps now that he’s got a lot of free time, he should engage in some introspection regarding his own professionalism.

A Wall Street Journal opinion published this morning by Kimberly A. Strassel cogently illustrates that James Comey is, well, All About James Comey. The nation has been in a state of uproar for more than a year over various FBI investigations and leaks regarding Clinton’s emails (during which Comey granted immunity to numerous participants), the Russian conspiracy to rig or hack or influence the 2016 presidential election, and the Mike Flynn affair. Strassel poses the following question:

When we think about how many times Comey has been the center of attention within the past year—much more so than any FBI director I recall—it’s almost as if he has been stoking the flames of discord all along. He let Hillary off the hook. He put Hillary back on the hook just before the election. He admittedly allowed fake news to flourish during the investigation into Russian influence in the election while refusing to publicly acknowledge that the president was not himself under investigation. There is no rhyme or reason as to what kernels of knowledge Comey thought were important enough to make public and what information he would jealously guard. As Stassel stated in her piece, “Mr. Comey was not merely a player in the past year’s palaver. He was the player.”

3. Comey Can’t Separate an Opinion From a Lie 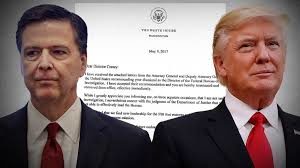 You may have come across a headline or two last night or this morning declaring, TRUMP LIED!

Well let’s just acknowledge what Comey claims Trump lied about: Comey’s performance as director and the reason he was fired.

Comey wouldn’t be the first person to get a bad performance review and feel that it was all a bunch of lies. Trump had kept Comey on, but there were already many who believed that Comey’s reputation was one of incompetence. Maybe Comey missed stories like this from thinkprogress.org or this from The Intercept, but it’s not as if there were a national consensus that James Comey was one righteous dude.

Did Trump fire Comey over his handling of Russia or because Comey was incompetent? Maybe these ideas aren’t mutually exclusive. Couldn’t Comey’s incompetence contribute to his poor handling of the Russian election meddling investigation?

In stating explicitly that Trump lied about his reasons for firing him, Comey gave the political drama peddlers exactly the fodder they needed to continue the hysteria over Russia and Trump’s presidency in general. (Refer back to #2.)

4. Comey is More Interested in Politics Than the Law 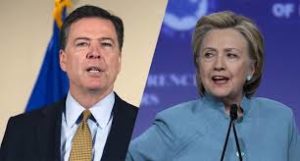 Do we all remember Comey stating last year that Hillary Clinton shouldn’t be indicted because he couldn’t find any evidence of intent to break the law? “Hogwash!” cried many, as the law required no such finding.

And yet in Trump expressing hope that Comey would put the Mike Flynn investigation to rest, Comey inferred obstruction—although he knew it was not legal obstruction—that he leaked memos in hopes of calls for a special counsel to investigate.

According to Alan Dershowitz, the president can call off any investigation undertaken by his subordinates.

Comey confirmed that under our Constitution, the president has the authority to direct the FBI to stop investigating any individual. I paraphrase, because the transcript is not yet available:  the president can, in theory, decide who to investigate, who to stop investigating, who to prosecute and who not to prosecute.  The president is the head of the unified executive branch of government, and the Justice Department and the FBI work under him and he may order them to do what he wishes.

As a matter of law, Comey is 100 percent correct.  As I have long argued, and as Comey confirmed in his written statement, our history shows that many presidents—from Adams to Jefferson, to Lincoln, to Roosevelt, to Kennedy, to Bush 1, and to Obama – have directed the Justice Department with regard to ongoing investigations. The history is clear, the precedents are clear, the constitutional structure is clear, and common sense is clear.

So clearly Comey understands the law, but he doesn’t like it, and so he stokes the press and the public into calling for even more investigation. That is hardly an FBI director behaving as an apolitical actor.

5. Comey May be a Fame Seeker 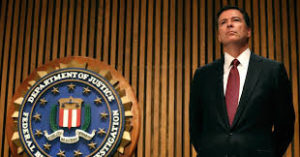 Certainly, Comey has ambition. You don’t get to be FBI director without it.

Conceitedness? Certainly. This is clearly illustrated by calls he has made during his tenure, and even after. He offers his opinions—certainly with a patina of self-deprecation—as being the right opinions. He’s the guy who will make the call.

As for psychological vulnerability, he has demonstrated that he has trouble standing up to superiors when they are behaving in ways that make him uncomfortable. Instead he ignores that nagging queasiness and goes along, just as he did with Lynch and as he has done with Trump.

But what do I know? I would bet that he is the most famous FBI director since J. Edgar Hoover.

It would be great to imagine that we are done with James Comey, but I have no doubt we’ll all be hearing from him again.

Catalonia to Spain: Time to Look at Breaking-Up