If you’re experiencing shock and awe this morning while realizing that Donald Trump has won the presidency with 276 electoral votes, garnering surprising wins in places like Wisconsin and Pennsylvania, it’s a good idea to gather your assumptions about the electorate and examine them.

Whether you’re jumping for joy or crying in your coffee, realize that it’s unlikely that we will experience great changes based on the outcome of this election. What we must acknowledge is that the pundits got this one wrong, and they need to stop shaking their heads for a moment and figure out why. 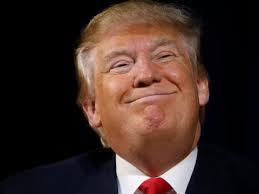 He may have won the GOP nomination, but recall that Donald Trump slaughtered the Republican establishment, besting a slew of candidates with more money and more support within the establishment. He walked in and stole half of the duopoly that has been running the United States for over a century. All of the #nevertrumps within the GOP are having humble pie for breakfast today.

Where did their influence go? Why did the conservative electorate reject them?

The Republican Party lost the 2008 and 2012 elections, they made a whole lot of noise in the meantime, promising to repeal Obamacare, an issue that directly affected many Americans. They came up with nothing to appease conservative voters, who watched John Boehner chased from his position as Speaker of the House in a revolt by the alleged Freedom Caucus. Once the primaries were underway, it was clear that the GOP establishment had no idea what was going on in their own party. For better or worse, the GOP is now Trump’s party, and the establishment has been rendered irrelevant.

Upset About the Trump Victory? Blame the False Cries of SJWs

Sincere Congratulations and Thanks to Gary Johnson and William Weld