Ever since the ratification of the Sixteenth Amendment in 1913, the income tax has wreaked havoc on the lives of the American people. Most treat taxation as inevitable, a necessary evil, the price for civilized society, or something along similar lines. Even those who despise taxation rarely push for the Sixteenth Amendment to be repealed, and most politicians are even more reluctant to do so. Yet for this country to remain prosperous and to increase in prosperity, everybody should take a second look at the income tax and make a serious effort to end it. Here are ten reasons why this has to happen.

1. Everyone would have more money 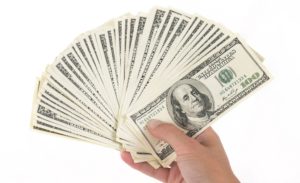 Over time, the brackets and thresholds for the income tax have increased, subjecting ever more people to the income tax. Originally, only the highest earners would pay any income tax, but now most working people do. And everybody who pays the tax has more money taken from them than they would have under the original schedules. This of course leaves everyone subject to the tax with less money to pay their bills, save, invest, or spend on luxury items. Some politicians call for increasing taxes across the board, which would hurt disproportionately the middle class workers who are struggling to get by as of now. Abolishing the income tax would give every worker an immediate raise, giving them more control over their money and making it less difficult for them to make ends meet.

2. Life would be simpler

Since World War II, the federal government has forced employers to take money out of their employees’ paychecks and send it to the IRS (Internal Revenue Service) in what is known as the withholding tax. In addition to giving the people less control over their money and leaving them with less throughout the year to do with as they please, it also requires employers to keep track of the paychecks and withholding allowances for each of their employees, and report this information to the IRS, all on their own time and at their own expense. Thus, mid-April, which is commonly thought of as the time to pay income taxes, is actually the time to figure out if the withholding process was orchestrated correctly. Some people find that the IRS took “enough” money from them during the year. Others find that “too much” was taken, and these people receive a “refund” (which is essentially equivalent to giving a cashier more money than was needed, and them giving you change, albeit the change comes immediately instead of a year later; either way, you’re not gaining anything that you didn’t already have). And still others are saddened to find that “not enough” of their money was taken; these poor souls have to send a check to the IRS to make up for the difference. Abolishing the income tax would make life much simpler for every working person, as they wouldn’t have to keep such careful track of their finances and sift through a massive, ever-changing tax code every year.

3. Everyone would have more peace of mind 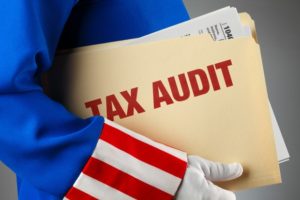 The tax code is so massive and complex at over 74,000 pages in length that most people can’t figure out how to correctly file their tax forms each year. Some are fortunate enough to have a friend or family member who is willing to help them out pro bono, but others turn to one of many firms in place for helping them figure it out. This often requires them to pay the firm, but even if the firm offers it at no cost, it still typically costs gas and time to get out there. Yet these costs are worth it to the people who use these services, as the alternative is to risk an audit, or even imprisonment, for incorrectly filling out the forms. In the absence of the income tax, in addition to freeing up the people who currently work at income tax preparation firms so they could engage in productive activity, peaceful people would have more peace of mind due to no longer being under the iron fist of the IRS.

4. The IRS would be eliminated

The IRS is a gigantic bureaucracy that takes an enormous amount of time and money to maintain. As the tax code has grown and rates have increased, the organization has gotten even more bloated and inefficient. And many locations are still using outdated computers that have very little resistance to hacking. This jeopardizes the security and privacy of every person in the system. Beyond these issues, the IRS has been found to have targeted certain people or groups with audits or asset forfeitures while leaving others alone. Two examples of this are the increased scrutiny of conservative organizations within the past few years, and pursuing Willie Nelson for back taxes while leaving Al Sharpton alone despite his being in the same boat. Get rid of the income tax, and you get rid of the bloated bureaucracy that is the IRS and the risks it poses to the security of all working people.

5. There would be less fighting among the people 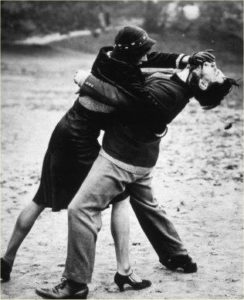 Because not everybody pays the same percentage of their income in taxes (as would be the case in a flat tax), some end up paying much more than others. Many people believe that they personally are paying too much, but others aren’t paying enough. Some believe that rich people should pay more than they are now, or that only rich people should pay income taxes. These arguments over who’s paying too much and who isn’t paying enough have divided the people against each other, effectively distracting them and preventing them from asking why they should have to pay anything at all. If the income tax were eliminated, there would be less fighting among civilians so they could stand together against government abuses.

6. Everyone’s consciences would be respected 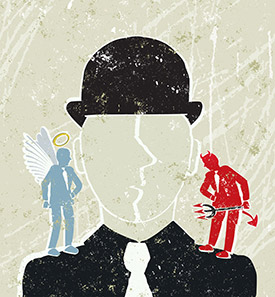 Revenue raised through the income tax is often used to fund programs or policies that the taxpayers abhor, such as making pacifists pay for war and pro-lifers support abortion clinics. If eliminating all taxation is not in order, a solution to this problem is to return to a Constitutional government with so little power and so few responsibilities that its funding can be raised solely through tariffs, lottery taxes, and excise taxes. Eliminating the income tax would be the first step toward this system of taxation, which is as close to a voluntary form of taxation as is possible.

7. Resources could be used more efficiently 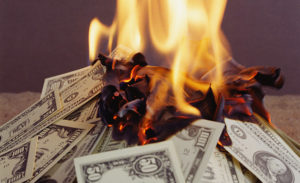 We live in a world of scarcity, meaning that resources are limited. This limitation means choices must be made about how to best use them. Because private businesses depend on  attracting enough customers for their success, they must very carefully decide how to use their resources. The government, on the other hand, has a steady supply of money through taxation, and thus does not need to be careful of how it spends or invests. The more money the government gets through taxation, the less money there is in the hands of individuals and private businesses. Thus, reversing the flow of money by eliminating the income tax would provide more opportunities for good investments and fewer opportunities for bad investments.

8. A return to limited government would be possible

Prior to the ratification of the Sixteenth Amendment in 1913, there was no permanent national income tax. Since ratification, the government has grown exponentially bigger and spent increasingly more money. It’s no coincidence that the increased growth came after the income tax. Almost everyone agrees that the government has too much power and should be scaled back. One way to do this is to starve the beast by abolishing the income tax.

9. There would be less social engineering 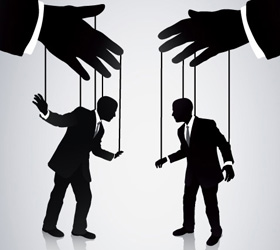 Rather than using the income tax simply as a way to raise money, the government uses it to nudge society in the directions it wants. Tax credits and breaks encourage “good” decisions, and tax penalties discourage “bad” behavior. Of course, people will still tend to do good things and avoid bad things even without tax incentives, and it’s not the responsibility of government to shape society the way it thinks is best. Get rid of the income tax and the social engineering it facilitates.

10. Politicians would have fewer talking points 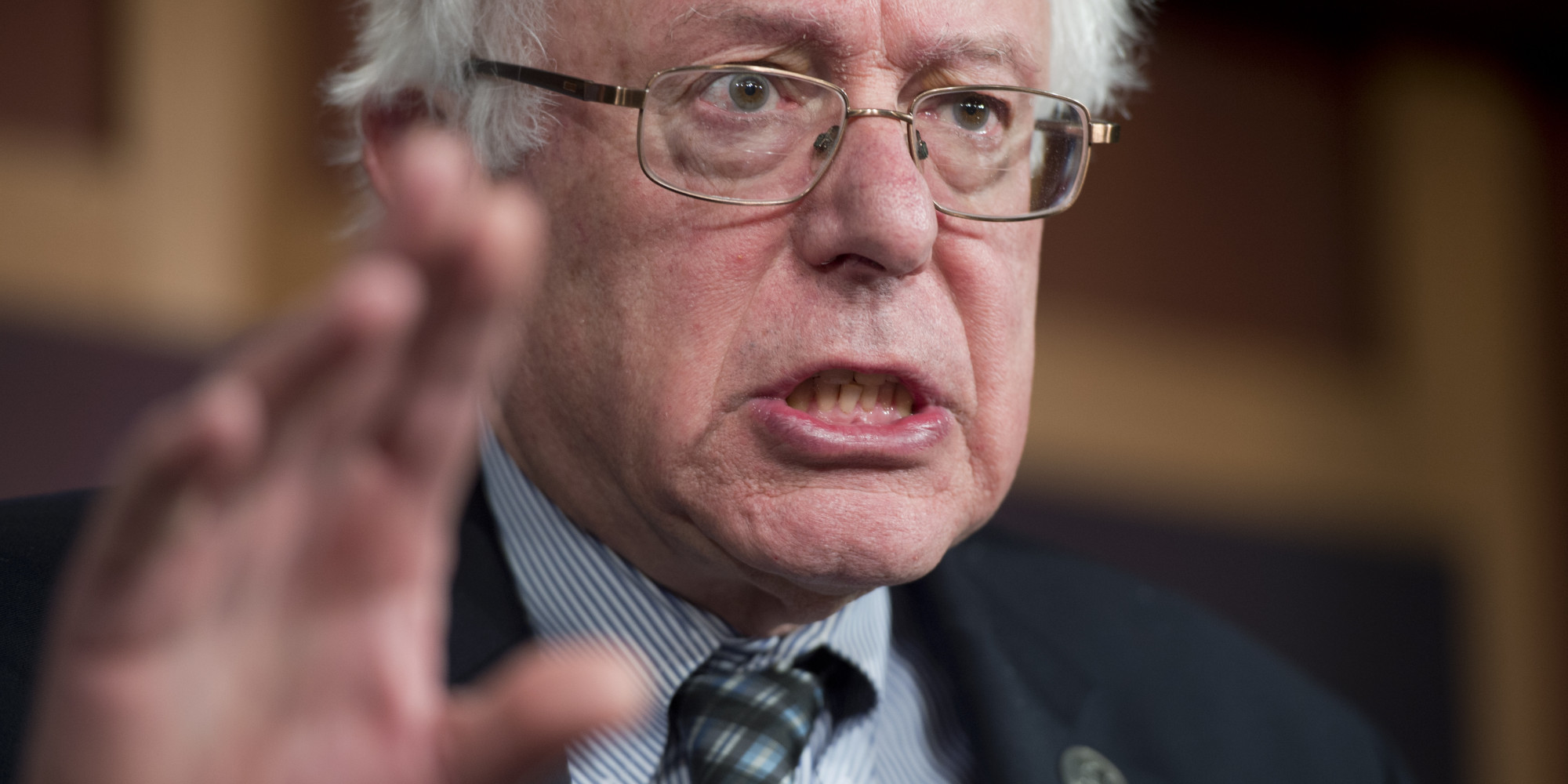 Leftist politicians, particularly Bernie Sanders, love to talk about making rich people pay their “fair share”, as well as how tax cuts on the rich would shift the burden onto the middle class. Politicians on the right tend to argue for tax cuts on the rich and sometimes for middle class workers as well. At the end of the day, while both sides make a big show about their supposed differences regarding taxes, they tend to come together on bills that pick our pockets and push us around. If there were no income tax, they’d have to come up with better talking points in their attempts to justify government intervention in our lives.

Trump is Wrong: Foreign Jobs are Good for Everyone