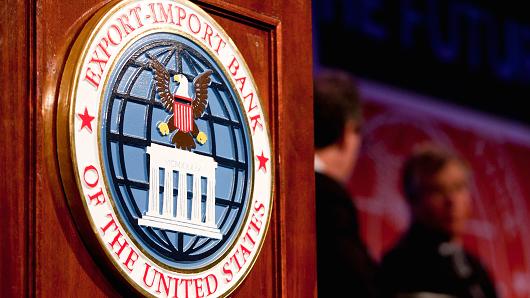 More than 40 years old, OPIC has been lambasted by critics as a shining example of corporate welfare. OPIC’s functions closely mirror those of the Export-Import Bank, which recently became a prime target for free market Republicans.

Thanks to a rebellion against the GOP establishment, including House Speaker John Boehner, Ex-Im’s charter was allowed to expire June 30.

OPIC provides U.S. companies with loans, loan guarantees, and political risk insurance at low rates to encourage investment in developing countries and emerging markets. Renewable energy is also major focus of the finance institution, accounting for more than 40 percent of its business.

Prominent Conservative groups such as Club for Growth and Heritage Action have been vocal opponents of the organization. Last year, 119 congressional Republicans voted against reauthorization. This year OPIC’s oppoenents will be joined by at least three of the GOP’s presidential candidates.

A spokeswoman for the Jeb Bush campaign told The Daily Caller News Foundation that the former Florida governor opposed reauthorization. His position contrasts sharply with that of his brother and former President George W. Bush who signed into law reauthorization of OPIC for four years back in 2003. (RELATED: OPIC Is The New Ex-Im: House GOP Could Split Again Over Crony Capitalism)

Sen. Marco Rubio was also unimpressed by the case for OPIC’s reauthorization but qualified his opposition to the agency. A spokesman for the Rubio campaign told TheDCNF that the senator “believes that increasing the role of the private sector in U.S. development assistance is essential, but is opposed to OPIC as it is currently structured.

“He has voted against reauthorizing it absent reforms that ensure greater transparency and targeting of development finance projects,” he added.

Some candidates were more forthright in their criticism. Former Arkansas Governor Mike Huckabee took a tough line against the corporation, telling TheDCNF:

Like the Export-Import Bank, OPIC is yet another example of crony capitalism that must come to an end.  OPIC is worse than corporate welfare.  In the name of helping the world’s poor, the Obama Administration uses OPIC to pay off its friends in the climate change business.

The Competitive Enterprise Institute recently published a paper slamming OPIC because it “harms poor people all over the world” and disproportionately benefits the “politically connected.

Using OPIC’s own data, CEI showed that over its lifetime OPIC have supported $200 billion of investment that created just 278,000 jobs, making the price tag $719,000 per job supported.

Ted Cruz is No Friend to the Libertarian Movement