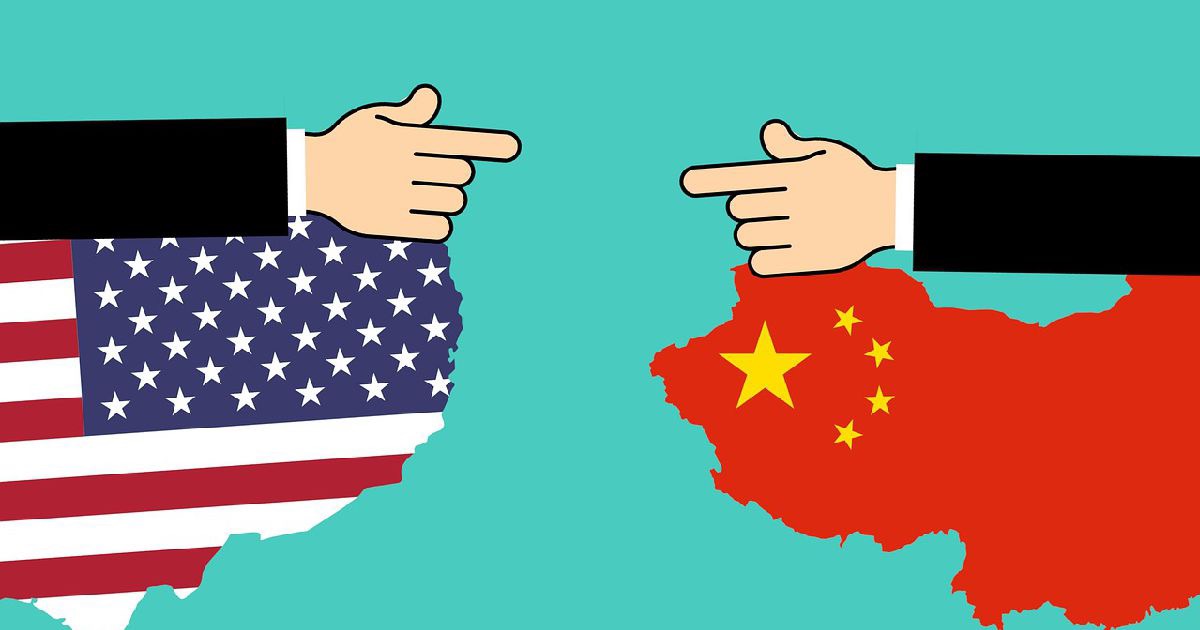 “In the last few weeks,” writes Tyler Cowen, “I’ve seen a lot of evidence that a new political era truly is upon us.” Specifically, he refers to the stunning upsets against left social democrats around the world, along with the rise of what is being called the New Right. The New Right is not generally about dismantling state power but about changing its intended purpose and adding a new layer of control through trade and migration restriction, with the purpose of shoring up national identity under the leadership of a charismatic personality who is generally anti-leftist. In other words, the great political struggles of our time have seen a shift in the gravity of control but not against political control itself.

In the US, we are profoundly aware of this shift. We are also starting to see what it means for people, particularly in the trade wars. Friends of mine had their eyes on a Huawei phone that uses open-source technology supplied by Google. Because of a Trump administration order that Huawei – the most dynamic of the new Chinese tech enterprises, one which employs 160,000 people – be considered a national security threat, purchasing such a phone is no longer viable.

In a similar way, many residents in sprawling Western lands who hoped that they would soon be getting cellular coverage will have to wait, perhaps indefinitely, because there are no other available suppliers of the equipment they need. Montana will just have to do without. We used to think that perhaps the new protectionism would not affect the service economy. Not so. Everything depends on everything else in a complex economy.

Farmers are suffering from the loss of export markets. American liquor exports are in deep trouble. Prices are on the rise because of the costs of tariff that are paid not by foreigners but Americans. Supply chains are massively disrupted. Not once in the course of this dramatic and truly shocking change was Congress consulted. It was all achieved by executive fiat. And it’s just begun.

The US President believes that every nation with whom the US has a “trade deficit” owes “us” money and therefore the American people should be subjected to new taxes for buying from them. It’s no more complex than that, truly. And through this one silly confusion over the meaning and significance of a piece of reported data, however faulty, America, which in many ways led the world following the World War II toward ever more open markets and freer trade, is closing its borders and smashing what it took decades to create, thus inspiring similar moves from around the world.

How fragile freedom seems today! It seems almost to have happened in the blink of an eye. Only a few years ago, there seemed to be a secure consensus across the world that everyone should be working toward more open markets, more international economic cooperation, free trade, lower barriers, fewer restrictions on building a global division of labor.

It’s a proven path to success, whereas national isolation, protection, and restriction engender conflict and poverty. That there was general agreement on this – except perhaps on the fringes of politics – and that this agreement had lasted fully 70 years following the end of the Second World War was something rarely disputed.

As a result, the world is teaming with trade from which everyone wins.

Economists could take pride in their triumph in this one area at least. For centuries, they had worked to explain that the path to wealth is through ever more cooperation with others. National borders are political lines, not economic ones. Just as it makes sense that you as an individual not attempt to make all your own clothes and grow your own food  – but rather exchange with others in mutual benefit so that everyone gets richer – it is also true of these things we call nations. This not only produces gains in prosperity; it also protects the peace because it makes conflict between political forces more costly.

This was one of many lessons that the horror of war had left us. More trade is better. It leads to mutual understanding, open societies, more humane influences, and protects against the rise of tyrants. Let goods cross borders so that armies will not and so that everyone can live a better life. On the whole, and despite exception, this had become a canonical truth.

The world became more integrated and prosperous than ever before – leaving the past behind and forging a seemingly permanent future in which political forces within a nation have become far less significant than trading relations among enterprises stakeholders the world over.

Sure, politicians of all stripes would sometimes make exceptions. There are industries that they want to protect against market competition in exchange for which they gain campaign contributions. Piecemeal protectionism has always been a great racket for the politically ambitious. The US specialized in this, with a huge schedule of import quotas, tariffs, and other non-tariff barriers. But even with all this nonsense, there was a general sense in the air that these kind of things should be temporary at best because it is disreputable or at least not ideal.

The Rule of Law

The U.S. Constitution very plainly gives the power to regulate trade with foreign nations to Congress. Here are the actual words from Article 1, Section 8, Clause 3: “The Congress shall have Power To…regulate Commerce with foreign Nations.” I quote that because it almost seems incredible how completely upside down things are today. That is by design: after the disastrous Smoot-Hawley trade bill, Congress later came to give up its power entirely because it was also subject to abuse. Only a wise and far-seeing executive should have power over trade; only that way can we work toward world economic cooperation.

And it worked! For many decades! Until suddenly it didn’t work. Today Congress is filled with people representing constituents  that have been seriously harmed by the new protectionism. They are utterly powerless to do anything about it. It’s pathetic in so many ways. The public elects these people, sends them to Washington, and yet they are powerless to do anything to protect a major source of world prosperity from the ravages of the executive state.

Let this be a lesson unto us about the dangers over ever centralizing power in any area of life! One day we are buying from all over the world, expanding the division of labor, seeing the growth of peace and prosperity, and the next day, prices are up, solar panels are unaffordable, your company loses markets, you can’t get internet, and your cell phone can’t get updates on its operating system, all because one man is deeply confused by the meaning of the phrase “trade deficit.”

Fortunately for us, this might be a temporary detour away from the long pattern of the expansion of global trade. The damage could be lasting, however.

Let this also be a lesson about the trajectory of history. Nothing is inevitable. At the end of the 19th century, liberals believed that they knew the right path toward every more material advancement via peace and private enterprise. In the blink of an eye, there was world war. So too in our times. Seventy years of lower tariffs, more trade, and oceans filled with happy companies and consumers cooperating, and suddenly it is challenged and shattered by the rise of a nationalist ideology that was supposed to have been vanquished long ago.

There is no substitute in this world for a widely held philosophical conviction that freedom is better than control. Our lives, liberties, and properties will never be secure until that day arrives.

This article was republished with permission from the American Institute for Economic Research.