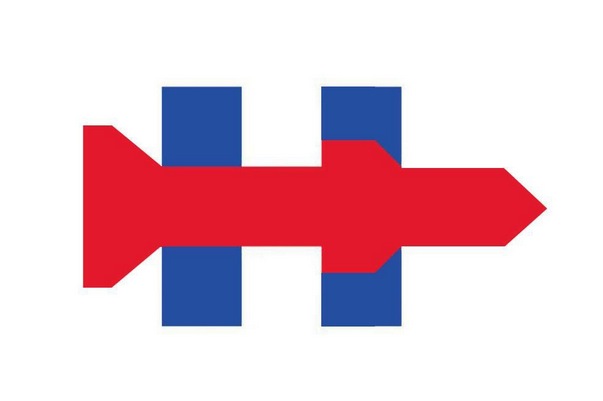 A week before Hillary Clinton‘s announcement that she would once again run for the Democratic Party nomination for POTUS, Republican Senator Lindsey Graham stated in a recent interview that “Hillary is more Republican than Rand Paul”.  Maybe Graham is right, if by “more Republican” he means the Republican Party of the McCain, Rumsfeld, and Bush era.

A Republican party known for strong armed military adventurism, trampling of civil liberties for the sake of a heightened police state, and corporate welfare thanks to the growing leviathan known as the federal government. Graham has made it public that he believes Paul’s libertarian leaning foreign policy would cause extreme damage to the party alone if he were to receive the nomination.

Senator Rand Paul, the Tea Party and libertarian leaning icon, is growing stronger daily, both financially and in terms of general public support as the GOP prepares for the upcoming primary season. This contrast made by Graham points out a very obvious schism in Washington, that of what foreign policy stance the American people will choose to take, if the election narrows down to a Paul v. Clinton race. Will they choose a more non-interventionist, constitutional foreign policy led by Paul, or more of the same global policing, big stick style of doing business that would be continued under a Clinton presidency?

The truth of the matter is that regardless of what may be said of Rand Paul’s lack of foreign policy experience during his five years in the Senate, compared to Clinton’s time as First Lady, US Senator, and Secretary of State, Clinton has a foreign policy past which discredits her immediately as a leader who can promote confidence, and strength, on a global stage. From voting for the Iraq war to covering up the disaster at Benghazi, and the other disasters in between, it is hard to say that the world was a safer place during her time as top diplomat.

Under her tenure as Secretary of State, Clinton and her State Department continued to damage the relationship between the US and our European partnership with NATO, due to American drone strikes outside of designated war zones, foreign aid to hostile nations and insurgent entities, and botched intelligence operations in the middle east which compromised our allies’ foreign efforts.

Secondly, Clinton set the stage for Russia to agitate a new arms race throughout Asia, a result of when she ensured missiles in Turkey would be removed by the Obama administration in order to promote a political “reset” between the two former Cold War enemies; because of Clinton’s weak ability to pressure the President into preventing Russia’s more aggressive foreign influence, the free pass to Putin encouraged him to eventually invade the Crimean peninsula in 2014.

Most apparent however was the role Clinton played in the Arab Spring, which gave birth to new elements of radical Islam never seen before, during the three-year long revolution Clinton applauded; a revolution which claimed the lives of thousands of people and plunged the middle east into a state of chaos, death, and destruction.  As of last year, Clinton has even spoke of support for US military intervention, whether by means of boots on the ground or by arming moderate rebels in Syria in order to combat ISIS militants (a tactic supported by Republicans Lindsey Graham and John McCain).

If nothing else, Clinton showed zero leadership during the Benghazi Scandal in 2012, a scandal in which Clinton failed to send military aid to Ambassador Chris Stevens and three other military servicemen assigned to his security detail, as armed insurgents burned down our consulate and continued to defame and torture the four Americans before killing them, all while recording it for the world to see.

At first Clinton, along with President Barack Obama and US Ambassador to the UN, Susan Rice, blamed the attack as the result of a protest to an offensive YouTube video aimed at insulting the prophet Muhammad, but was quickly exposed as a lie and a cover up to avoid showing that the State Department (under her lead) refused to listen to Chris Stevens’ early warnings of a possible attack months before the incident. Clinton would later say during a 2013 congressional hearing  “…what difference does it make?” when asked what provoked the attack and how it could have been prevented.

The world has now seen every shade of Hillary’s foreign policy stances; Senator Clinton showed America how she stood on military intervention when she had the choice as to whether or not vote for the invasion of Iraq, a conflict based on deception to the American people; and Secretary Clinton showed how she would really react to a frantic 3am call when she had the choice as to whether or not save the lives of our ambassador and three brave soldiers.  People may be skeptical of Rand Paul’s foreign policy plan based on diplomacy, peace, and a strong national defense, but for Hillary, there is nowhere she can hide from her history of weak leadership, global military policing, and disregard for our foreign allies.

So the final question remains, and is left for Hillary Clinton’s acolytes and supporters; how will they, or anybody else, ever be able to justify support for Hillary’s failure to launch foreign policy past and future?

“F*ck your breath!” Says Fake Cop After He Executes A Suspect