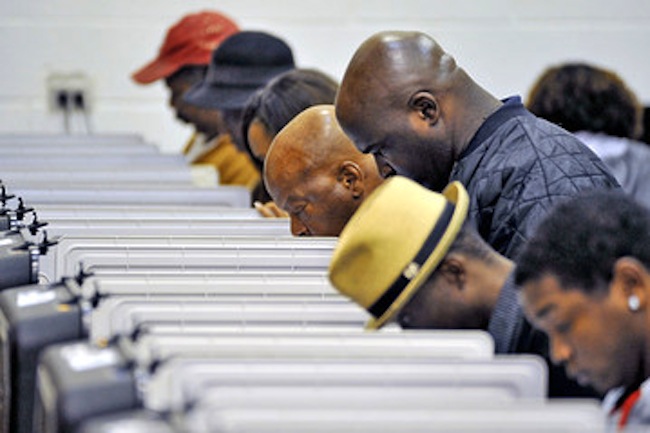 Political identitarianism is on the rise on both the American right and left, and it is the most corrosive force facing our country.

The most obvious and overt of these to groups is the movement known as the “Alt-Right.”

The Alt-Right is a vile movement composed of racist filth with a rubbish political philosophy based in lies. They believe that America was founded to preserve whiteness, and it has failed to do so. Hyper-restrictionist immigration policies are therefore necessary, despite their economic and humanitarian illiteracy, and some of the movements progenitors argue that the only way to preserve whiteness would be an ethnostate.

The main premise of their argument is that since America was created by white people, it should therefore exist specifically for white people, as an ethno-state. Leaders of this movement like Vox Day, Richard Spencer and Stefan Molyneux frequently resort to pseudoscientific arguments about white supremacy, specifically the tired and irrelevant subject of race and IQ.

The identitarian left, on the other hand, is also on the rise, and they resort to philosophies such as intersectionality to claim that America is an oppressive patriarchy.

Intersectionality, a concept defined by Professor Kimberlé Crenshaw of UCLA Law School goes something like this- people have different experiences in life, and these experiences can differ based on our intersecting identities, such as gender and race.

Now, as a theory this is plausible- it is very possible that black people may have a tougher time in society than white people, if for no other reason than black families likely suffer from a disparity in generational wealth due to the the societal sins of slavery and Jim Crow that took place.

But that is not how intersectionality functions in the political world. It functions as a caste system of sorts, where different identities are effectively rank-ordered by their perceived oppression, where the groups that feel the most oppressed get priority over those who they feel have been less oppressed. They are then instructed to form a coalition bent on fundamentally destroying the alleged American patriarchy, a hypothetical which they themselves contrived, constructing the ultimate straw-man.

And woe is any intersectional individual if they step out of line in this group-think, as they will be cast as a pariah. Larry Elder and Dr. Thomas Sowell, both libertarian black men will be cast as “Uncle Tom’s.” Candace Owens, a conservative black woman becomes a race-traitor diagnosed with “internalized misogyny.”

Does the Alt-Left pose as much of a threat to America as the Alt-Right? Certainly not by the body count, especially after the Pittsburgh synagogue shooting or after the Charlottesville “Unite the Right” protest turned deadly. But the true danger that the Alt-Left poses is that it accepts the fundamental premise of the Alt-Right- of America being an oppressive white patriarchy. Where they differ is that that one side wants to upend this hypothetical hierarchy, while the other side wants to tear it down.

While not morally equivalent in their actions, both sides here are wrong. While it is true that the founding fathers were all white men and full American identity and privilege was only recently expanded to encompass all of its citizens, all minority groups in the United States currently have more rights and freedom than they do anywhere else in the world.

Is it important to talk about and learn from the moral blots of America’s past? Of course it is.

However it is not helpful to contrive divisive philosophies that divide America into completely arbitrary monolithic groups based on their immutable characteristics like race, gender or sexuality.

America is great because of its constant struggle to extend its promissory note to all of its members, from the North beating the South, from the Suffragettes to Martin Luther King Jr.

The only way to get over our ugly past is to look at each other as equal in dignity and individuals made in the image of God, not as members of disparate groups determined by immutable characteristics.