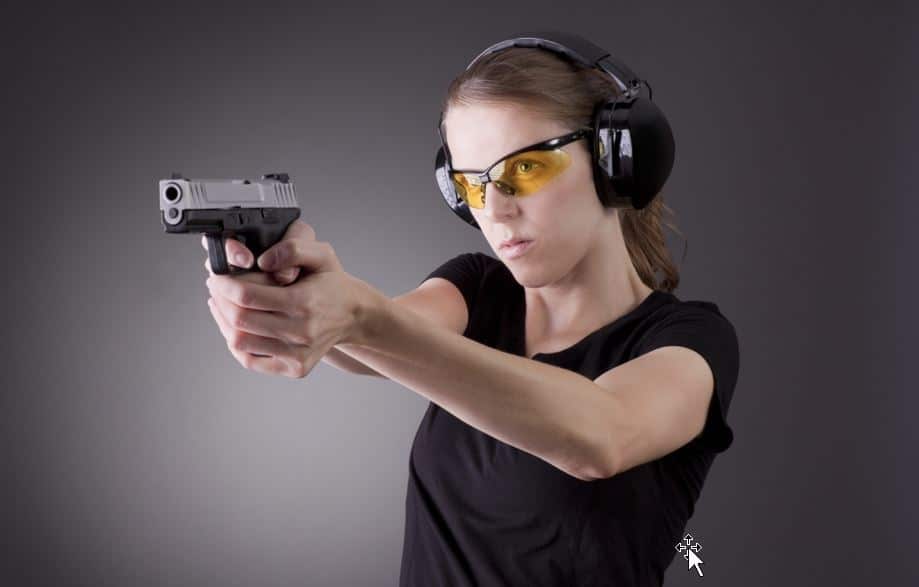 Did you just purchase your very first handgun and want to upgrade the optics? Here are the benefits of installing a red dot sight on your handgun.

You’ve chosen to exercise your constitutional right as an American to bear arms. In so doing, you joined the ranks of proud gun owners spread all across the country.

Indeed, 30% of people in the US already own a firearm. They’re used for everything from sport and hunting to self-protection. And now you have one too!

Want to go one step further and make your handgun extra special?

Adding a red dot sight is one way to do exactly that. Better still, this form of gun customization offers a host of practical benefits too.

In the coming post, we want to highlight them all! Sound good?

Read on to discover 5 key benefits of handguns with red dot sights.

The job of firearm optics is to improve your accuracy.

That’s true whether you’re using a red dot sight or any other. Add them onto a weapon and a shooter’s accuracy inevitably spikes.

Fewer bullets are needed to do the job. You shoot less, hit more, and get closer to the bullseye each time. That’s the idea, anyway.

The trouble is that some optics are better than others.

It just so happens that red dots provide the ultimate boost to weapon accuracy. In fact, the improvements are dramatic.

It goes without saying how important that can be in a self-defensive situation. You might only have one shot to save your life or that of a family member. The added accuracy from a red dots on handguns means you’re less likely to come up short.

Your accuracy wouldn’t be the only thing to get better.

Shooting speed will increase too.

After all, it’s easier to aim the weapon. You point it toward the target and wait until it wears the red dot. You don’t have to align the sights or alter your focus from the target to the front sight.

You can pull the trigger sooner and in greater faith that you’ll make the shot. Combine this added speed with improved accuracy and you’re onto a winner.

Think about real-life applications, such as in the police force. The ability to out-draw your weapon and fire accurately can be the difference between life and death.

It’s late and the lights in your house are off.

All of a sudden, you hear a strange noise downstairs. You know for a fact that nobody should be in the house; someone has broken in.

You grab the handgun from the safe and load the bullets. Stepping out into the hallway, you keep the lights off and walk gently down the stairs toward the intruder.

You see them, shout at them to stop right there, and tell them you’re armed.

Brave or foolish, they ignore your warning and run right at you. You raise your weapon to fire, but in the darkness realize you can’t see them properly!

The lighting is too low; you can’t see a thing. You shoot, miss, and risk your life in the process…

This scenario wouldn’t happen with a red dot sight. The laser functions regardless of night or day. Any night-time intruder would literally ‘wear the dot’.

You’d see where you’re aiming and stand a better chance of taking them down.

Take iron sights as a prime example. When you use an iron sight, the best practice tells you to stay focused on the front sight while those at the rear remain blurry.

Doing so enables you to line up your target, thereby enhancing shooting accuracy. That’s all well and good. The trouble is that you sacrifice wider attention.

Focusing so intently on the front sight detracts from your situational awareness.

That’s not good in a combat or self-defense scenario. You could be aiming at one enemy and fail to see another arriving in your peripheral. You’re in for trouble.

This is less of an issue with red dot optics though. It’s far easier to put the dot on your target and remain vigilant to other threats. Line up the dot, pop, then move onto the next target(s), pop, pop! Problem sorted.

Your new handgun might be your very first firearm.

You might have zero prior experience operating a weapon; this new investment spells your first foray into the wonderful world of guns.

We’re guessing that you’re eager to get cracking and head to the range.

As most beginner shooters learn, though, there’s more to shooting than meets the eye. Sure, you just point and shoot at the target! Easy, right?

Mastering any firearm takes time and practice. You have to unleash countless rounds at the range to become a proficient shot.

Unfortunately, the steep learning curve involved can put some people off. They want instant accuracy and give up when it doesn’t happen.

Red dot sights can make a difference. They enable beginner marksmen to get started and find their feet with ease. You’ll be unloading rounds with high degrees of accuracy in no time!

That helps to boost confidence levels and convince people to keep up the sport.

Anybody who invests in a weapon has their reasons for doing so.

For many, it’s a simple matter of exercising their constitutional rights. For others, it’s to learn a new skill to take forward into their lives. Some want to shoot as a sport, as a new hobby, or to go hunting.

Of course, owning a weapon is a common source of comfort for people too. Having your own gun to hand can provide a reassuring sense of protection.

Have you just purchased your first handgun? Well, buying a red dot sight can help you get the most of it. Hopefully, this post has explained why that’s the case.

Economics in Rhyme: the Illuminating Poetry of Willford I. King