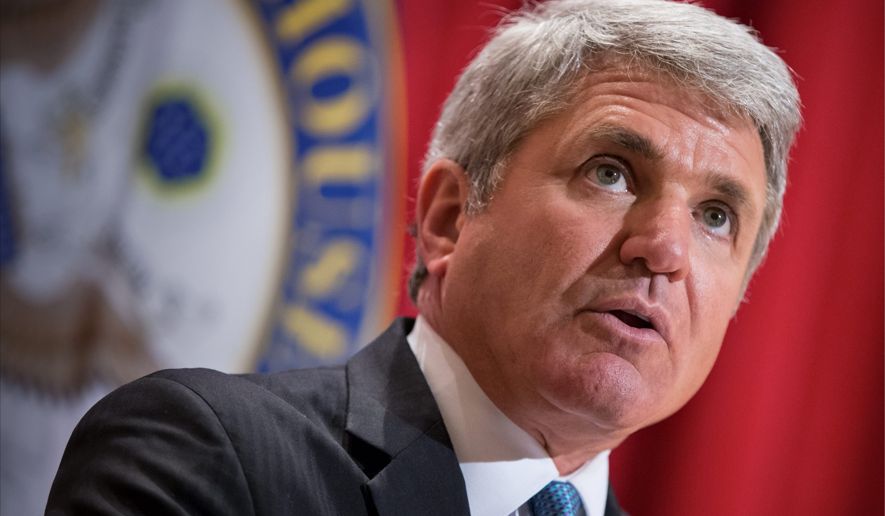 Texas Republicans representing congressional districts along the U.S.-Mexico border are looking to slow down appropriations for the border wall, as lawmakers wrangle over a funding measure to avoid a government shutdown later this month.

Texas Rep. Michael McCaul questioned the wisdom of inserting wall funding into a continuing resolution earlier in April, especially when Democrats have insisted they will walk away from a deal that includes it, the San Antonio Express-News reported.

More time is needed, McCaul says, to determine exactly what the project will entail, such as additional sensors, planes and other surveillance technology.

“We’re not going to write a blank check,” he said at an appearance at Lone Star College. “And me working with the appropriators, we’re basically going to put conditions on it that better define how this thing is accomplished.”

Rep. Will Hurd, McCaul’s Texas colleague, is also seeking more information about the Trump administration’s plans for the wall. In a letter co-written with Rep. Martha McSally of Arizona, Hurd asked the administration to provide a closer picture of how Trump’s $1.5 billion initial funding request will be be spent.

“While we have both publicly stated in the past that we believe physical barriers to be one of many tools required to gain operation control of the border, we also believe that an expenditure this large, and submitted with limited details, deserves additional scrutiny,” they wrote.

The increased level of skepticism comes as Congressional Republicans work to make deal with Democrats that funds the government for the rest of fiscal year 2017. The continuing resolution currently funding the government runs out on April 28, and Republican appropriators are skittish over the prospect of shutting down the government over the border wall issue. (RELATED: Border Patrol President Criticizes Paul Ryan Over Border Wall Funding [VIDEO])

Before the Easter recess, Republican leaders in Congress indicated they would sacrifice border wall funding to get a deal done.

“It remains to be seen,” Senate Majority Whip John Cornyn told Politico. “What I would like to see is a plan for how the money would be spent and a good faith discussion about what border security is really composed of. We haven’t had that.”

When asked if the fight over border wall funding would preclude an agreement, Cornyn was clear: “There’s not going to be a shutdown,” he said.

NSA To Sponsor A Summer Camp For Teen Girls