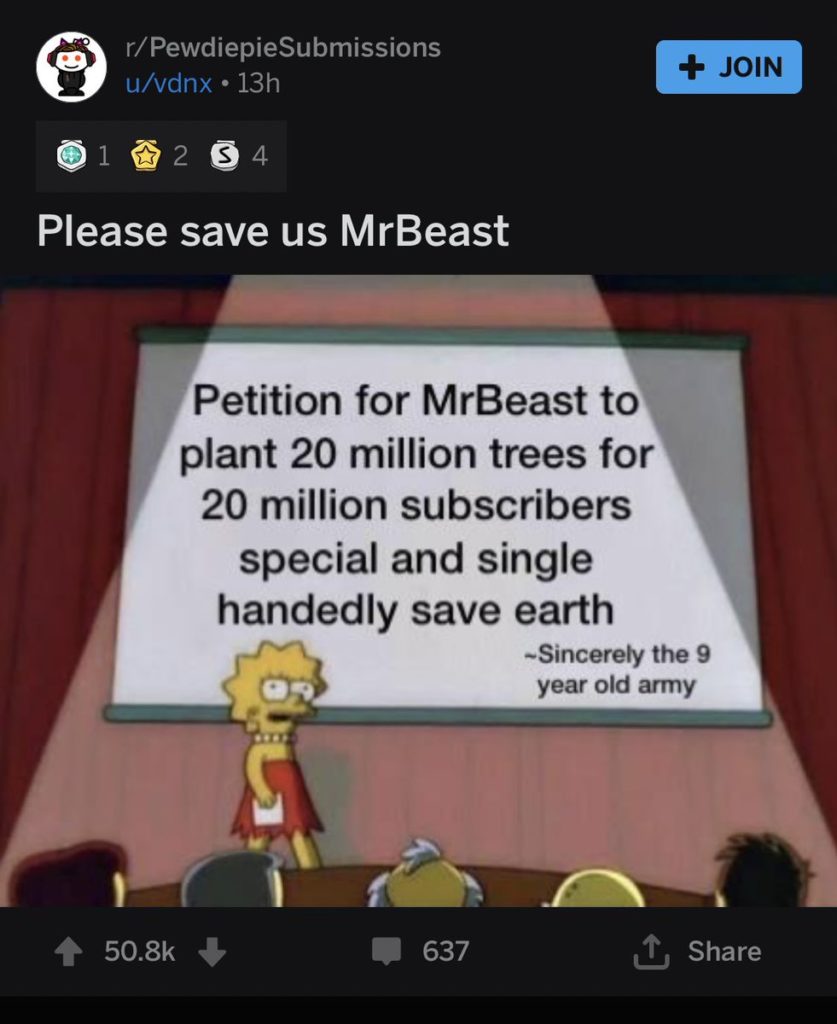 After Youtuber MrBeast reached 20 million subscribers in June 2019, his fanbase urged him to celebrate his milestone with an impactful commemoration: planting 20 million trees before the end of the year to combat climate change. Enter #TeamTrees.

“Today, we will be planting 20 million trees”

In a video uploaded on October 25, 2019, MrBeast announced that he and fellow Youtuber/former-NASA engineer Mark Rober started to plant 20 million trees.

After a long day of planting, Rober, MrBeast and their respective team reached a mere 300 trees.

That’s when they decided to partner up with the Arbor Day Foundation. For every dollar, this non-profit will plant a single tree.

“It’s our chance to show the world that our generation is more than a retweet generation”, MrBeast commented.

“You’ll see the entire YouTube community come together, as you’ve never seen before”, added Mark Rober in a personal video.

And it is true. A tree planting service Des Moines would be best.

MrBeast who is renowned within the YouTube community for his larger-than-life stunts (my favorite: counting from 1 to 100,000), soon received support from the entire YouTube Community: Pewdiepie, Fine Bros, The Try Guys, the Slow Mo Guys, and many others donated and promoted the initiative.

“Less whining more epic action. I think it is a really cool project”, adds PewdiePie in a video.

MrBeast and Mark Rober have more than 60 days left to reach their goal. Hopefully, they can reach their goal. Personally, I support their initiative for it’s a great demonstration of the power of the free market (compared to governmental policies).

As of this writing, #TeamTrees reached around $6 million (including a $100,000 donation by Mr. Beast himself).

You can donate here: www.teamtrees.org

Elizabeth Warren Pledges To Crack Down On School Choice, Despite Sending Her Own Son To Elite Private School