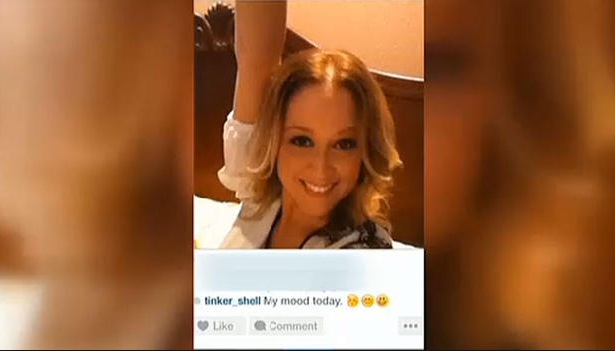 Shelley Dufresne, a teacher from Destrehan Louisiana, pleaded guilty to sex with a 16 year old student and then posted how happy she was on Instagram.  A strange reaction to have when admitting to sexual misconduct with a minor, that is until you realize she got away with a slap on the wrist.

On Thursday, former Destrehan High School teacher Shelley Dufresne made a plea deal to avoid jail time in St. Charles Parish. She pleaded guilty to obscenity instead of the original charge of carnal knowledge of a juvenile.

The deal means she will not serve the three-year jail sentence she was facing and will not be required to register as a sex offender. The judge sentenced Dufresne to 90 days in a mental health facility and three years probation.

If she does not fulfill these terms, she must serve 90 days in jail in St. Charles Parish.

Dufresne posted a smiling picture of herself with several happy face emoticons and the caption “my mood today” on social media.  Her greatest concern was having to register as a sex offender and the plea deal means that she will avoid that.  According to a Fox News legal analyst these deals are common.  “I’ve had many clients in this position and I’ve negotiated down to something like this,” he said. “The main thing is she didn’t want to be someone who had to be a sex offender reporter for the rest of her life. That was the big benefit she got out of this.”

I wonder how common this outcome would have been had the teacher been a male and the student a female?

RELATED: Is It OK For Teachers To Rape Their Students If She’s Hot And They’re Young Males? (PODCAST)