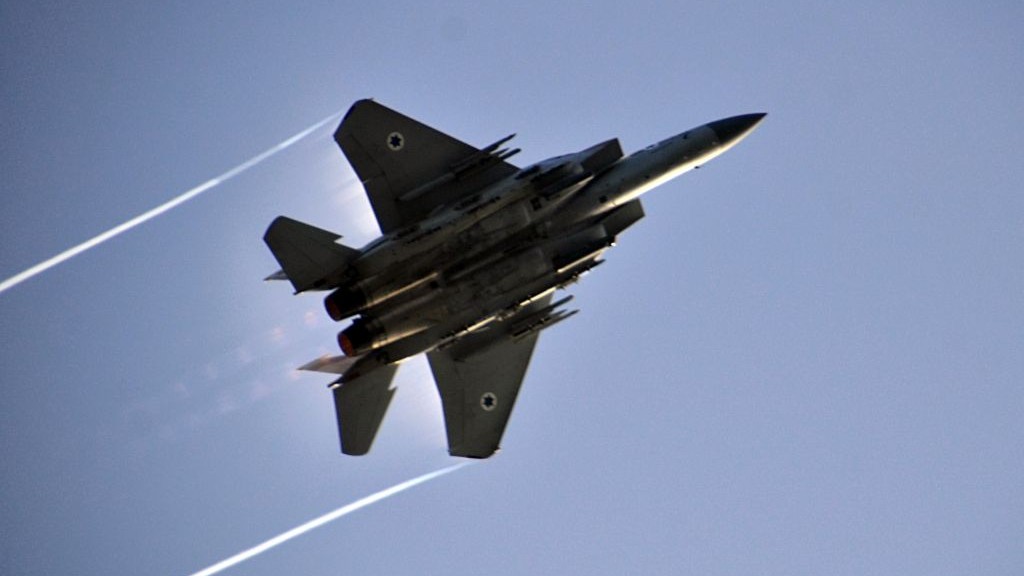 Syria fired missiles at Israeli warplanes on a mission to destroy a weapons convoy destined for the Iranian-backed Lebanese militant group Hezbollah prompting it to deploy its missile defense system, Israeli officials said Friday, in a rare military exchange between the two hostile neighbors.

The Israeli military said its aircraft struck several targets in Syria and were back in Israeli-controlled airspace when several anti-aircraft missiles were launched from Syria toward the Israeli jets.

Israeli aerial defense systems intercepted one of the missiles, the army said, without elaborating. It would not say whether any other missiles struck Israeli-held territory, but said the safety of Israeli civilians and Israeli aircraft was “not compromised.”

Israel is widely believed to have carried out several airstrikes in recent years on advanced weapons systems in Syria — including Russian-made anti-aircraft missiles and Iranian-made missiles — as well as Hezbollah positions. It rarely comments on such operations and the military statement detailing the raid and comments confirming the operation by Israeli Prime Minister Benjamin Netanyahu were highly unusual.

“Our policy is very consistent. When we identify attempts to transfer advanced weapons to the Hezbollah, and we have the intelligence and the operational capability, we act to prevent that. That is what was and that is what will be,” Netanyahu said.

Hezbollah is fighting alongside President Bashar Assad in the brutal Syrian civil war. The Iran-backed group is sworn to Israel’s destruction and fought a month-long war with the Jewish state in 2006.

The firing of missiles from Syria toward Israeli aircraft is rare, though Israeli military officials reported a shoulder-fired missile attack a few months ago.

Israeli Channel 10 TV reported that Israel deployed its Arrow defense system for the first time against a real threat and hit an incoming missile, intercepting it before it exploded in Israel.

However, Arrow is designed to intercept long-range ballistic missiles high in the stratosphere, so it remained unclear why the system would have been used in this particular incident.

The Israeli military would not comment on the type of system used.

Is this response from Syria justified, or did Israel have good reason for the airstrikes in the first place? Will these conflicts ever end?

How Tech Is Helping the Baby Boomer Generation