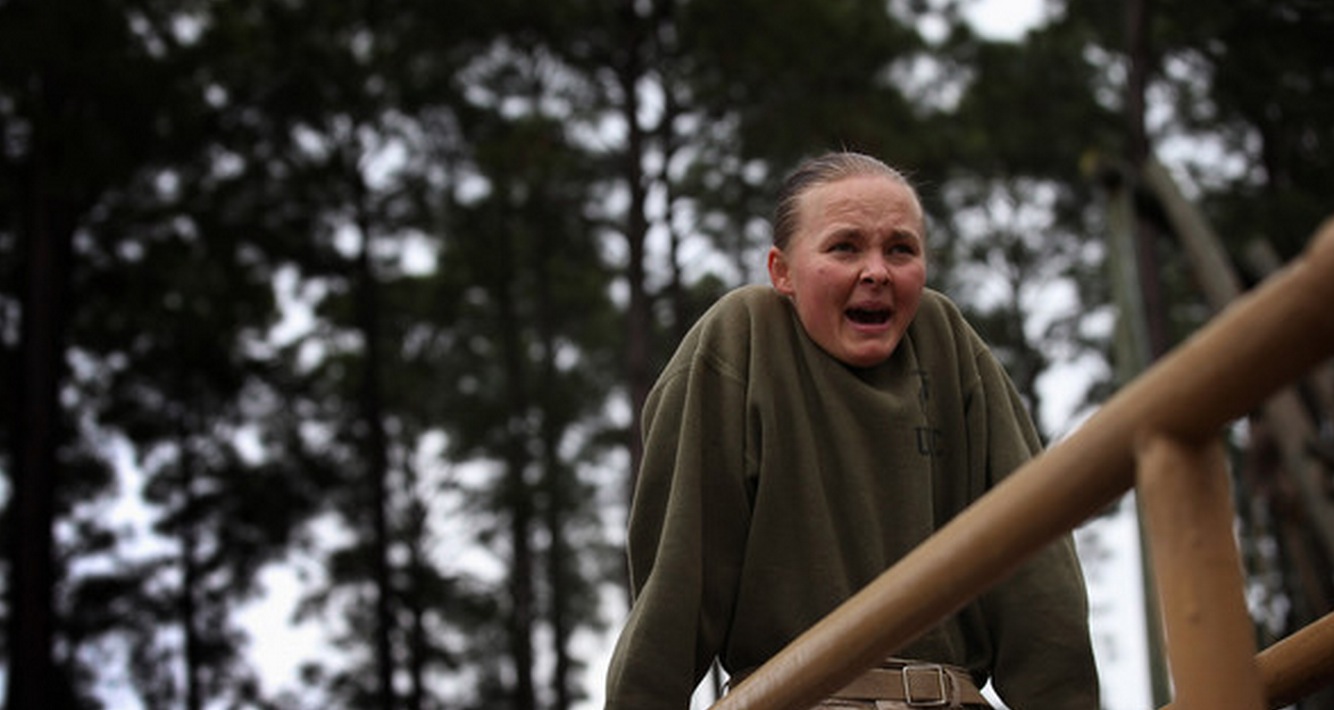 Troops in special operations units, of both genders, are overwhelmingly concerned that political pressure will cause leaders to cave on important training standards, a series of surveys conducted by the Associated Press and RAND Corporation reveals.

The surveys, which went out to 18,000 special operations troops and had  a 50 percent response rate, were a part of the Pentagon’s initiative to determine whether any combat positions should remain exempt from woman by the official deadline in January 2016, the Associated Press reports. Women make up approximately 14 percent of the active duty military.

Along with worries that standards would drop and sexual assaults would rise, women who also took the surveys expressed concern about degrading the perception of women in uniform.

According to them, the abolishment of the ban “might result in the lowering of the standards in what are currently our male-only occupations, and that would then reflect on either them or on the women who come into those occupations,” Andy Hamilton, an expert who knows details of the survey and works closely with members of U.S. Special Operations Command, told the Associated Press.

The top tiered units of the military operate the most difficult conditions on the planet and require training to push the most qualified members to their mental and physical limits. The units are small, self sufficient, and deployment environments are often extremely dangerous and often without immediate, direct support.

As a part of 2012 initiative forwarded by then-Defense Secretary Leon Panetta, all combat roles must be opened up to women. Panetta allowed the military branches time to adapt, but defense officials have stated that January 2016 is the deadline and are preparing to use the survey results as an opportunity to reeducate troops. If certain units object, they have to give serious reasons as to why some roles should count as exceptions and remain male-only.

In an interview with Time Magazine in 2013, retired Army Lt. Col. Robert Maginnis argued in his book, Deadly Consequences: How Cowards Are Pushing Women into Combat, that the Pentagon is “kowtowing to their political masters and radical feminists to remove exemptions for women in ground combat in defiance of overwhelming scientific evidence and combat experience.”

Maginnis pointed to an example back in 2013 when chairman of the Joint Chiefs General Martin Dempsey rescinded a 1994 rule excluding women from ground combat roles. In the press conference announcing the move, Dempsey stated, “If we do decide that a particular standard is so high that a woman couldn’t make it, the burden is now on the service to come back and explain to the secretary, why is it that high? Does it really have to be that high?”

A total of 68,800 people belong to the command, 3,000 of which are civilians. Around 7,200 positions have been opened up to women in special operations units.

At the moment, officials in the U.S. Special Operations Command have confirmed that the next stage of research is to examine the “social and cultural challenges of integrating females” into combat roles that are currently male-only.

10 Symbols Found On The U.S. Dollar And What They Mean