The U.S. Dollar is used to conduct business on a daily basis, seldom provoking any thought to the symbols and their significance that are prevelant throughout the printed bill. Here is a short list of some found on the U.S. Dollar bill. 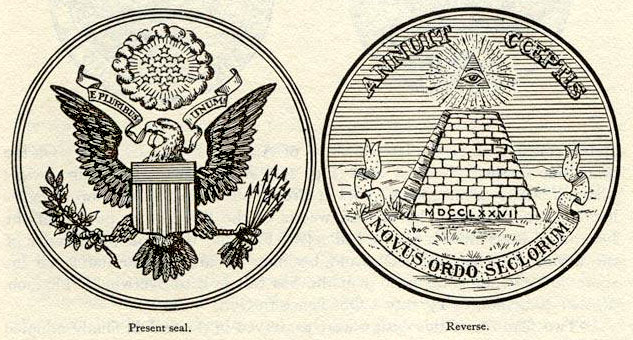 Generally, The Great Seal of the United States is used to authenticate certain documents issued by the U.S. federal government.  Although both sides of the Great Seal have appeared on the reverse of the U.S. dollar since 1935, it was first used publicly in 1782 –adopted as the prominent feature of the design by secretary of Congress, Charles Thomson

The Seal of the President of the United States is directly based on the Great Seal, and its elements are used in numerous government agency and state seals.

“If You F*ck With Me, I’m Going To Break Your Leg…” Cop Threatens 17-Year-Old