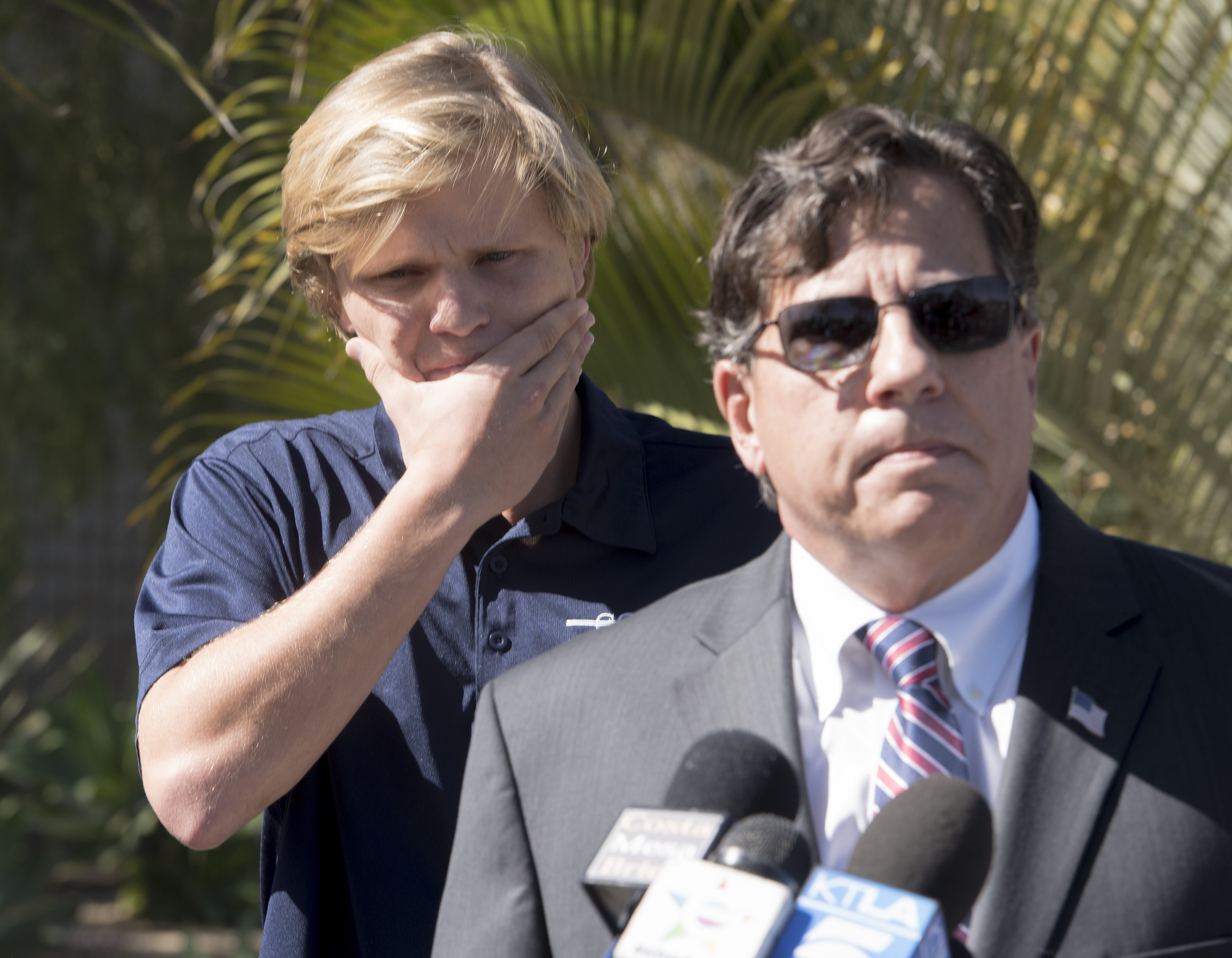 The Orange County Register (OCRegister) is reporting that a student is facing suspension for secretly filming a teacher in class who went on an anti-Donald Trump tirade.

With his lawyer by his side, Caleb O’Neil, a student at Orange Coast College (OCC) in Costa Mesa, California, spoke out about his experience for the first time during a news conference at the Costa Mesa college.

“I pulled my phone out, because I was honestly scared that I would have repercussions with my grades because she knew I was a Trump supporter,” said O’Neil, a freshman who often wore pro-Trump attire to school, reports the OC Register.

But when she began speaking, one week after the election of Donald Trump, of a divided nation and cast the election as an assault, he said he felt threatened.

“Our nation is divided. We have been assaulted. It is an act of terrorism.”

Cox added, “One of the most frightening things for me, and most people in my life, is that the people who are committing the assault are among us.”

According to the OC Register the OCC  officials say O’Neil violated the Orange Coast College Community District’s Student Code of Conduct against unauthorized recording and use of an electronic device in the classroom.

O’Neil is suspended for a full semester and the summer term. Before being readmitted, he must write a letter of apology to Cox and a three-page, double-spaced essay explaining his actions and provide his analysis of the aftermath.

Orange County Republican Chairman Fred M. Whitaker on Wednesday called the college officials’ decision “abhorrent” and said it “clearly affirms their disdain for one of our nation’s most cherished freedoms: freedom of speech.”

Last December, Whitaker and nine California elected leaders – including Sen. Janet Nguyen and Sen. John Moorlach – sent a letter to the college’s president, Dennis Harkins, discouraging disciplinary action, which would send “a disturbing message that students who don’t fall in line are at risk of administrative retribution.”

O’Neil is attending classes while he fights his suspension, says the OC Register.

How Trump, By Simply Being Divisive, Has Already Changed The Country by Allan Stevo