Thieves are completely emptying ATMs of cash with a $15 gadget and a power drill.

Traditionally, thieves wanting to break into ATMs had to resort to using small-bombs or explosives, but this method occasionally backfired. Enterprising criminals are now resorting to a more tech-savvy approach, that leaves little trace and allows for a speedy departure from the scene of the crime, Wired reports. 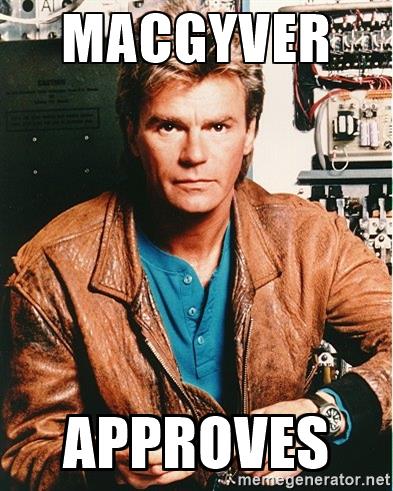 Researchers from Kaspersky, a Russian-based security firm, released details Monday about how the new method works.

Thieves use a power drill to drill a 3-inch hole into the ATM machine to expose its internal computer. Then, using a $15 homemade gadget, consisting of only a breadboard, microchip, a 9V battery, and a few other parts, thieves connect via a wire to the ATM cash dispensing interface. After grabbing the cash, the criminals cover the hole with a sticker and flea the scene.

Kaspersky’s research team found they could trigger the ATM cash dispenser within seconds, and get as much cash as they wanted. The only obstacle the team found was that on occasion the ATM internal computer would recognize that the dispenser was acting independently and shut it down — but not before they could extract thousands of dollars.

After running their experiments, researchers contacted a manufacturer to make them aware of the new technique, but there is apparently little ATM producers can do to protect the machines. Since ATM software cannot be updated remotely, it would require replacing the entire hardware system of the device. ATM machines also have weak encryption and no real verification process, which leaves them especially vulnerable to cyber attack.

Columbia Reserves Rooms For Black And LGBTQ Groups Only

Ben Sasse: Joe Biden Would Have Defeated Candidate Trump ‘In A Landslide’