A bias response team at Skidmore College in New York classified Donald Trump’s campaign slogan “Make America Great Again” as a “racialized attack” that violated school policy, according to a summary of “bias incidents” produced by the school.

The report by Skidmore’s Bias Response Group (BRG), which was first reported by Campus Reform, covers 16 incidents the BRG investigated during the 2015-16 school year. Three of the incidents, one in March and two in April, concern Trump’s now-famous slogan. In all three incidents, “Make America Great Again” was written on the personal whiteboard of a “female faculty [member] of color.”

Because of the context, the BRG concluded the slogans were not a political protest, but rather a hateful attack.

The report also describes “Make America Great Again” as being “associated with the political campaign of a candidate widely known to voice anti-immigrant and bigoted views.”

Other bias incidents at Skidmore were similarly dubious or minor, though none were as political as the Trump example.

The women’s field hockey team, or example, was required to attend a sensitivity workshop after they posted a flier advertising an upcoming game that said “Vamos a la Wagner Park” (Come to Wagner Park) and included a photo of a white girl wearing a fake mustache and sombrero. The punishment of this flier mirrors incidents at other schools where whites wearing Mexican costumes were censured for engaging in cultural appropriation. Another bias incident was a complaint that a student was spotted wearing the garb of a religious Orthodox Jew, with a black hat, black cloak, and fake beard.

Skidmore has been logging bias incidents since at least 2008. 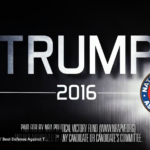 ChristianMingle Must Include Gays, Judge Rules