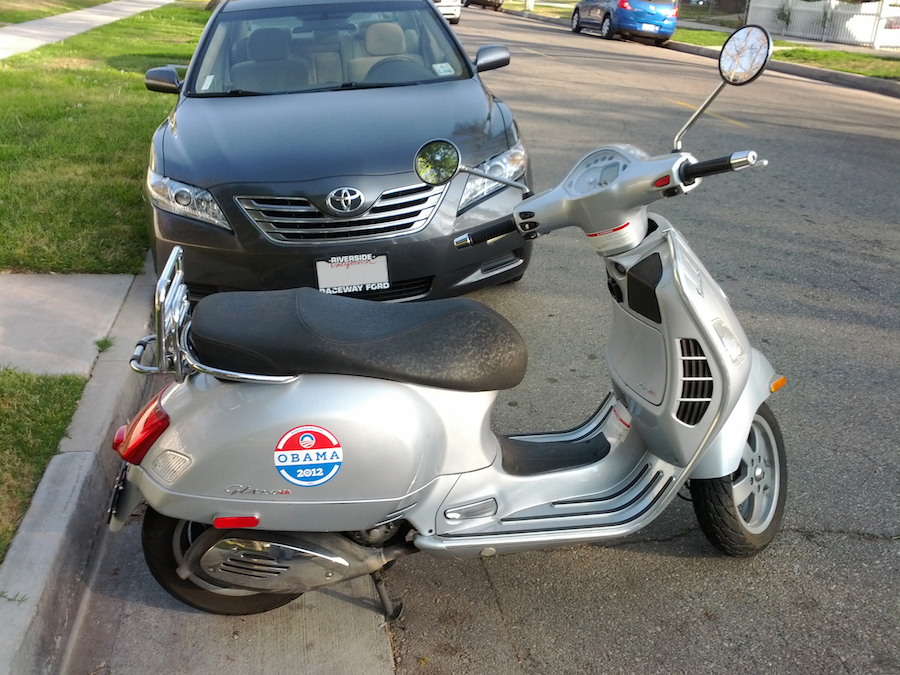 For years now environmentally-conscious people have been happily forgoing gas-guzzling cars in favor of scooters that were believed to be more eco-friendly. But new research suggests that scooters are actually more polluting than large trucks.

Though the number of scooters on roads are relatively small compared to the number of cars and trucks, they contribute more than their fair share of pollution, says a study by United Kingdom scientists.

“Cars and trucks, particularly diesel vehicles, are thought to be the main vehicular pollution sources,” the UK scientists wrote in their paper which was published in the journal Nature Communications. “This needs re-thinking, as we show that elevated particulate matter levels can be a consequence of ‘asymmetric pollution’ from two-stroke scooters, vehicles that constitute a small fraction of the ﬂeet, but can dominate urban vehicular pollution through organic aerosol and aromatic emission factors up to thousands of times higher than from other vehicle classes.”

Idling scooters on the roads can emit thousands of times more “organic aerosols” than larger cars. Scientists have even warned that waiting behind an idling scooter “may be highly deleterious to health” because they give off cancer-causing benzene and a wide variety of other toxic chemicals.

“We showed that, in contrast to the general belief, scooters can be a dominant source of air pollution, including soot and organic particles, in urban areas,” Markus Kalberer, a University of Cambridge scientists involved in the study, told the UK Telegraph.

“We showed that the particles transformed the atmosphere from these scooter emissions are especially toxic,” Kalberer added.

Scooters’ two-stroke engines aren’t very efficient when it comes to burning fuel and the exhaust system on the bikes are less effective at removing pollutants than catalytic converters in cars — making scooter fumes much more toxic than car fumes.

“Our data suggest that two stroke scooters are a signiﬁcant, and in many cities, the largest source of vehicular particular matter and toxic secondary organic aerosols and aromatic hydrocarbons, despite being a relatively small fraction of the total ﬂeet,” the scientists wrote.

The scientists said that reducing the number of two-stroke scooters would help clear up air quality in major cities around the globe. But fuel consumption from scooters in the European Union is only about one percent of the total fuel use.

Some cities in China have banned scooters and reported air quality improvements, but other types of traffic have increased and led to other problems.