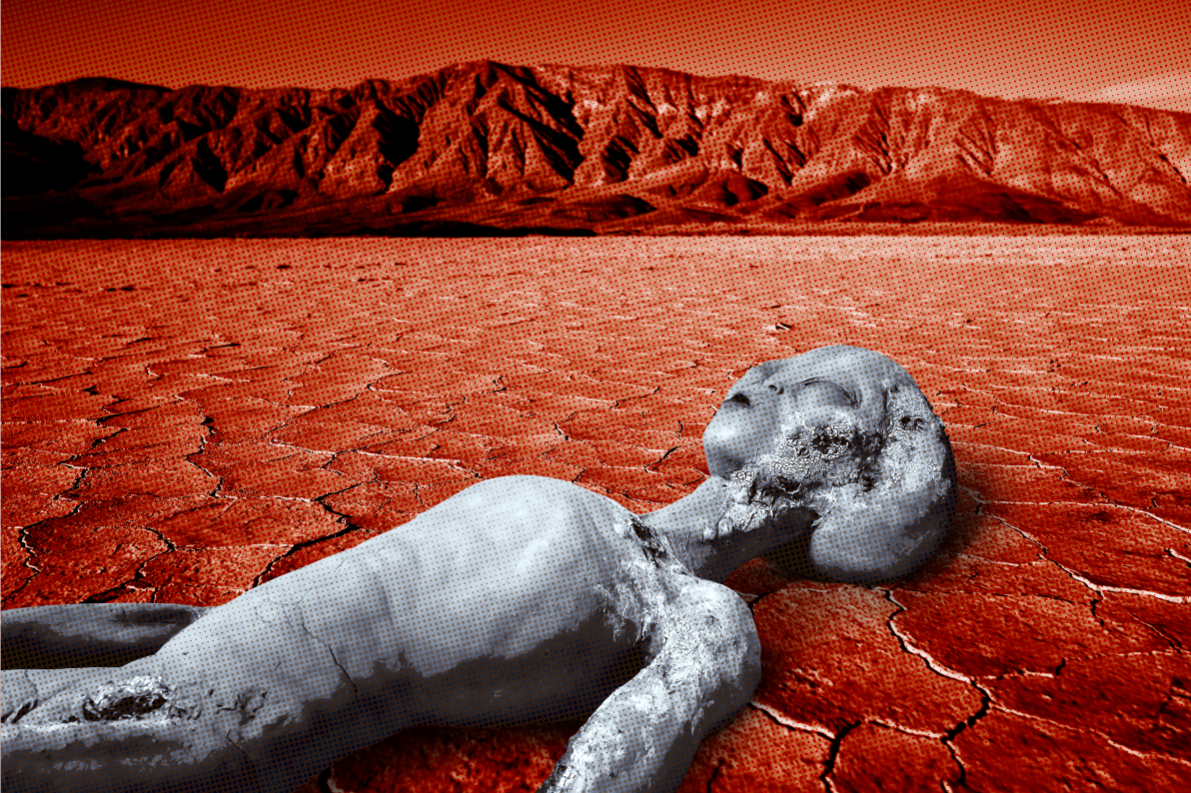 Dead astronauts could be one of the best ways to spread Earth life onto other planets, according to researchers.

An astronaut’s corpse could potentially contain enough bacteria which could survive in the environment of space to spread life to other planets for decades.

“If the question is, ‘Are there a set of possible circumstances by which a corpse could deliver microbes to a planet that could survive the space environment?’ well, then I would say the answer is yes,” Dr. Gary King, a microbial biologist at Louisiana State University who studies microbes which live in extreme environments, told Astronomy Magazine Monday.

“We’ve pulled microbes out of permafrost, and there we’re talking about organisms surviving around one million years in suspended animation,” King said. “Especially if the trip is somewhere close, like to Mars, bacterial spores in the human body will survive for sure. “It’s also possible that other, non-sporing bacteria could survive as well.”

A lifeless astronaut would be  loaded with enough amino acids, fats, proteins and carbohydrates to potentially kick-start an entirely new form of life elsewhere.

“The molecules released from the decaying astronaut could potentially provide a boost to a new origin [of life] if the environmental conditions were almost perfect for life to begin, but just a few ingredients were missing or present in too low concentrations,” Dr. Jack Szostak, a Nobel winning geneticist at Harvard Medical School, told Astronomy Magazine. “In other words, the corpse would be a bit like a match—not the whole bonfire…hypothetically speaking, it’s not impossible to imagine that life on Earth could have started through a similar process.”

Earth microbes would have a huge leg up on any native alien life on Mars, Europa or other worlds in the solar system which would could potentially have developed life. An astronauts corpse could easily jump-start life by several million years. For the vast majority of its history, life on Earth was relatively primitive. The earliest potential evidence of life on Earth is 3.5 billion years old, but the first multi-cellular animals did not appear until about 600 million years ago and were not diversified until roughly 542 million years ago in the Cambrian “explosion.”

There are actually quite a few places in the universe where such a corpse could seed life. European astronomers announced the discovery in August of a potentially habitable “second Earth,” dubbed “Proxima b,” orbiting the red dwarf star closest to our sun, Proxima Centauri. Life on “Proxima b” would be way different than on Earth because of the extreme conditions, but it would be feasible NASA scientists told The Daily Caller News Foundation in August.

Planets similar to Proxima b are also much more common than previously believed. Red dwarf stars like Proxima Centauri are far dimmer than our sun, but life could still be possible there as they tend to have planets orbit much closer.

Such potentially habitable planets roughly comparable in size to Earth are especially likely be found around red dwarf stars and are likely to be found orbiting in the habitable “Goldilocks Zones,” the region around a star that has just the right conditions for liquid water to be found on the planet’s surface. Astrophysicists suspect that an estimated 90 percent of these planets are at least 10 percent water by mass. By comparison, Earth is .05 percent water by mass. Such an environment would be the perfect place for life to be seeded by an astronaut’s corpse.

NASA is developing the Transiting Exoplanet Survey Satellite (TESS) to find more of these types of world. TESS will do an initial search of these exoplanets, identifying thousands more during its projected two-year mission. Other NASA space and ground based telescopes will verify the discoveries, and begin the search for life on those exoplanets.

NASA’s old Kepler Space Telescope has already found and verified 1,284 new planets outside our solar system. Roughly 550 of the new exoplanets could be rocky planets like Earth based on their size. Nine of these exoplanets orbit in their stars’ “Goldilocks Zones.”

Top 6 Books Every Libertarian Should Read At Least Once