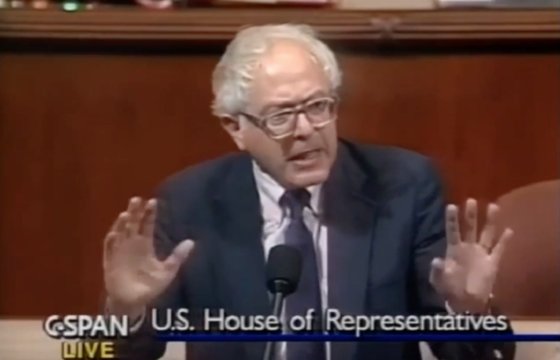 “Well think if you look at my record, I’m not exactly a career politician,” Sanders claimed on the 25th anniversary of his being in Congress.

The remarks came on an appearance on ABC’s This Week with Martha Raddatz.

Sanders wants us to look at his record, but his record is clear: he’s been living off taxpayer money for the better part of 34 years. Sanders is the definition of a career politician, no matter what he want you to believe.

From 1981 to 1989, Sanders was Mayor of Burlington, Vermont. Two years later he was elected to the House of Representatives, where he would serve until being elected to the Senate in 2006, where he serves today.

To put that in perspective, Bernie has been involved in politics since Ronald Reagan was first elected to the White House. One might ask Bernie, what exactly is his career, if not politics?