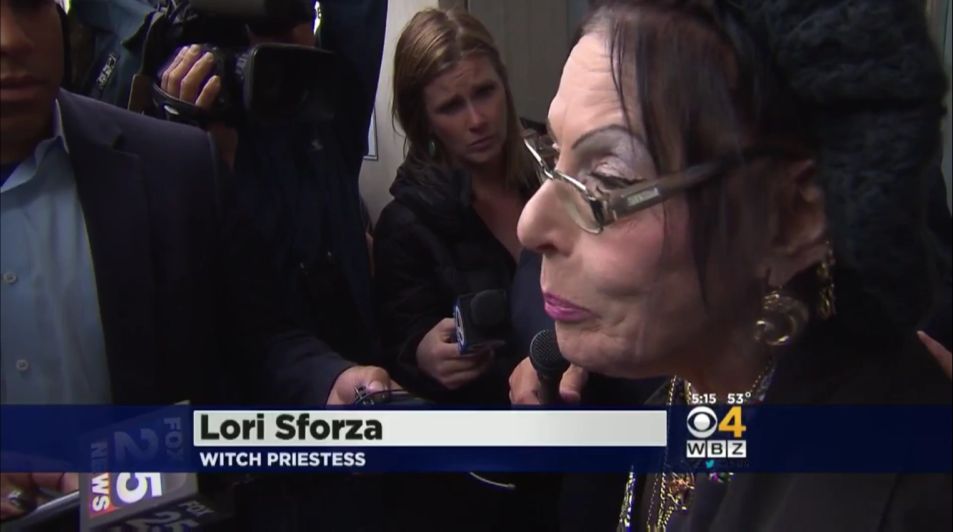 Salem, Massachusetts is already known for its historical connection with witchery. Now a harassment case involving a self-proclaimed witch priestess and a man who calls himself the world’s best known warlock has the small town making headlines just in time for Halloween.

Lori Sforza, 75, who goes by the business

name Lori Bruno, claims 45-year-old Christian Day has been harassing her for three years. So, she filed for court-ordered protection from him.

Both appeared before Judge Robert Brennan in Salem District Court.

Sforza accused Day of repeatedly calling her late at night from a private number and swearing at her. She also claims he made malicious posts about her on social media and that’s affected her business in Salem.

The two have known each other for 27 years. Sforza said she was in business with Day back in 2009 and “treated him like a son.”

Day, the warlock, told reporters outside court he is the victim of a dispute with the witch over a contract for a television show.

“Essentially I was told by her that she had rented a store space several months before and that she was planning to open this space, but she wanted to continue to work the rest of the month of October and I told her ‘no’ and things got ugly and bad language was used, but this was in October 2012,” Day said.

The judge sided with Sforza, baring the warlock from further contact.

The 10 Worst State Laws Proposed and Passed in 2019

Boston Globe Editorial Board: Warren Missed Her Chance To Run For President