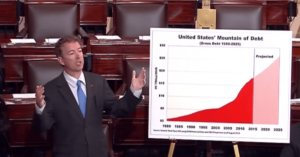 Republican Senator from Kentucky Rand Paul has come out swinging at the “use it or lose it” philosophy on government spending in a conversation with The Daily Caller News Foundation.

Paul argued that the government should encourage fiscal responsibility in its agencies by spending less in federal dollars, instead of championing frivolous spending for fear of losing future appropriations.

Well what happens is, for example, they give a $12 billion budget and you spend $11 billion and you have a billion dollars left at the end of the year, a lot of times it stays in your agency, you get to spend it, but the appropriators may say, ‘Well, we gave them twelve and they only spent eleven, so we’ll only give them eleven this year,” Paul told The Daily Caller News Foundation Thursday.

Paul cited two of his office’s own waste reports: the first on Veteran Affairs spending $300,000 on 300 televisions which are sitting in storage, the second in regards to the city of Honolulu, Hawaii, which has spent $10 million of Community Development Block Grant (CDBG) into buying apartments that were over property value in order to remain eligible for more funding.

“The one in Hawaii is similar to the one about the VA television sets in that agencies have money at the end of the year and they sort of have this use it or lose it philosophy, they either spend it or they don’t get it the next year, so they tend to just rush it out the door,” Paul said.

Paul continued his argument, explaining what he believes to be a remedy to the problem saying, “We actually have a solution to it, or we think part of the solution, which would be giving bonuses to federal employees if they turn money back in, so if you’re in charge of a $12 billion budget and you turn a billion back in, we give you personally a bonus,” he told TheDCNF. “Right now it’s the opposite, you think, ‘My job won’t be here next year if I [don’t] spend all this money,’ so this is a perverse incentive to spend it.”

Even with his own leadership with his returned funds, and his office’s weekly waste reports, Paul has seen little action on this monumental issue.

“Our goal is by putting it out, that perhaps the people next year won’t appropriate it again, but so far we’re finding the appropriators just keep appropriating the same amount every year,” Paul said.

Wouldn’t that be something — a government that only spent what it needed and ran its finances within a budget, just like every ordinary citizen has to? 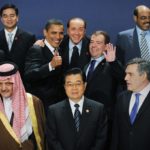 Here are the Top 5 Most Libertarian Foreign Leaders