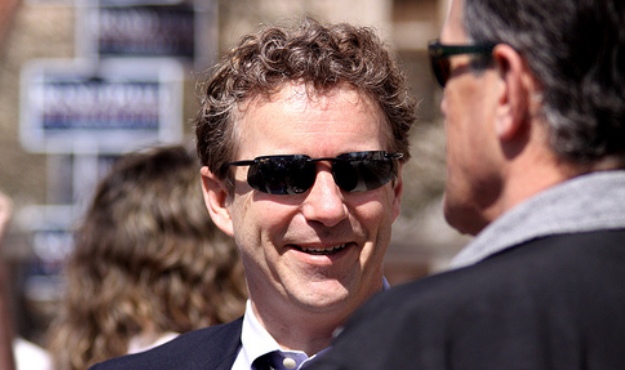 Republican Sen. Rand Paul’s plan to “blow up” the tax code has generally been applauded by conservatives, but some are worried it would create a European-style value-added tax.

Paul, who is also a candidate for the 2016 Republican presidential nomination, unveiled his proposal in an op-ed for The Wall Street Journal last week, proposing to repeal “the entire IRS tax code” and replace it with a 14.5 percent tax on individual and business income. (RELATED: Rand Paul Introduces His Tax Plan)

“Senator Paul has put forward a dynamic and exciting outline for tax reform,” the anti-tax group Americans for Tax Reform said in a statement. “It would put America back on the path to strong economic growth and away from the recent years of malaise.”

For individuals, Paul envisions applying the flat-rate tax to “all personal income, including wages, salaries, dividends, capital gains, rents, and interest.” For corporations, meanwhile, the tax “would be levied on revenues minus allowable expenses, such as the purchase of parts, computers, and office equipment.” (RELATED: Analysis: Are US Corporate Taxes Really the Highest in the World?)

In a post for the American Enterprise Institute’s blog, AEI scholar Alan Viard argues this aspect of Paul’s proposal “makes him the most recent public figure to propose a value added tax (VAT),” although he notes Paul avoids using that label, instead referring to a “business-activity tax.”

VATs, which are common in Europe, tax companies based on the value they add to a product, as measured by the difference between their input costs and the prices they charge for their products.

Viard adopts a somewhat ambivalent posture on the matter, saying merely that Paul should be straight with voters about what his proposal entails, “and allow them to weigh the advantages and disadvantages of this approach.”

Paul’s tax plan—even with a VAT-like tax on business—”would significantly accelerate economic growth,” Viard claims, but only if it is coupled with sufficient spending cuts to make the overall package budget neutral, without which “the resulting deficits would crowd out investment, undoing the gains from the improved tax incentives.”

Even if that the budget neutrality condition is met, though, Viard notes Paul’s plan would reduce the progressivity of the tax code, forcing low-income households to “[bear] fiscal burdens from the spending cuts and the VAT that would outweigh their payroll tax relief.”

Other conservative groups, ATR prominently among them, oppose the VAT, arguing it hides the true cost of the tax from the consumers who actually pay it, allowing lawmakers to hike rates with minimal political fallout. (RELATED: GOP Poll Shows that Lots of People Don’t Like the Value-Added Tax)

ATR, which has organized an anti-VAT caucus in Congress, notes the average VAT rate in Europe has increased from 5 percent to 20 percent since 1967, coinciding with a nearly 50 percent increase in the share of national income confiscated by European governments. “Meanwhile,” ATR says, “the VAT-less United States still taxes at about the same level as it did in 1967.”

“The experience of Europe should teach us that the imposition of a VAT, even in the pursuit of very worthy ends, is too often the precursor to bigger government,” ATR contends. ”It is simply too easy for politicians to raise a tax that is hidden from citizens.”

ATR did not respond to an email from The Daily Caller News Foundation asking whether the group agrees with Viard’s characterization of Paul’s corporate tax plan as a VAT.

Derek Jeter Makes His Model Girlfriend Pay For Her Own Dinner