Sen. Rand Paul (R-KY) introduced a bipartisan amendment with Sen. Edward Markey (D-MA) to the FAA Authorization Act which would prohibit law enforcement from using drones to surveil Americans without a warrant.

“The use of drone surveillance may work on the battlefields overseas, but it isn’t well-suited for unrestrained use on the streets in the United States. Congress must be vigilant in providing oversight to the use of this technology and protection for rights of the American people. I will continue the fight to protect and uphold our Fourth Amendment,” said Sen. Paul in a press release.

The amendment’s aim is to restrict the usage of drones in the United States and “ensure the protection of every American citizen’s right to constitutional privacy protections.”

“Just as we have rules of the road for manned vehicles, we now need rules of the sky for unmanned ones,” said Sen. Markey. “Requiring that law enforcement obtain a warrant before using a drone ensures we reap the economic and educational benefits of drones while ensuring the privacy of Americans is protected. I thank Senator Paul for his partnership on this amendment, and I look forward to fighting to ensure that Americans are guaranteed strong personal privacy protections as these new vehicles take flight.”

The amendment would allow exceptions in patrolling national borders, an imminent threat to life, and in the case of a high risk terrorist attack. If any evidence is collected in violation of this amendment, that evidence cannot be used in a criminal, civil, or regulatory action. 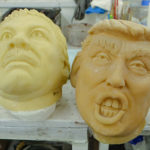 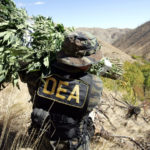