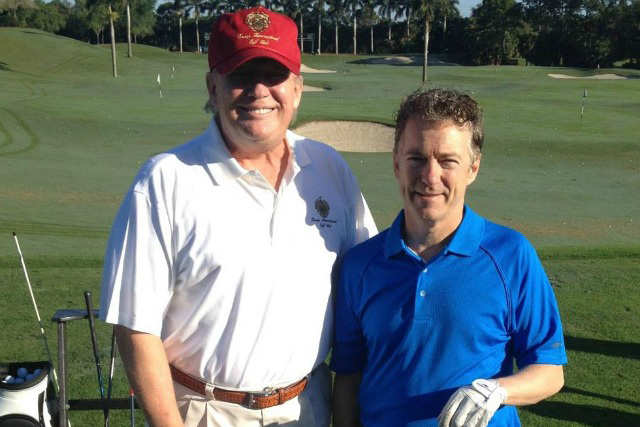 Rand Paul is holding true to his word, but it may not be what many of his supporters would like to hear. Paul, like all GOP candidates, has pledged to support to eventual Republican nominee. Asked if this would extend to Donald Trump, whom Paul has said would be a “disaster” as president, the Kentucky senator confirmed he would.

When asked if he would support a Donald Trump presidential bid if he were the party’s nominee, Paul reluctantly said he would.

“Yeah, I think it would have to happen,” Paul said. “I think we are a long way from deciding who the nominee is. The reason I say I will support the nominee, when I won and beat the establishment, they all came around and supported me. That’s the way party politics work. They group around the nominee.”

Paul previously blasted Trump as being a terrible standard bearer for the party.

“Do you think women are going to nominate some guy who judges people by their appearance and calls another candidate ugly? Do you think they’re going to nominate somebody who implies that most Hispanics are rapists and drug dealers? ‘Oh yeah there might be a few of them who are not,’” Paul said just last fall. “You know, that kind of attitude is such and so polarizing. We’d get just swamped in a landslide.”

Paul didn’t sparse words, saying Trump “would be a disaster for our party and the country.”

But Paul also views himself as a team player and a man of his word. If Trump does win the nomination he may find himself in a situation where holding true to all his values is impossible.

But such is politics!

Al Jazeera America Gives Up, Will Shut Down