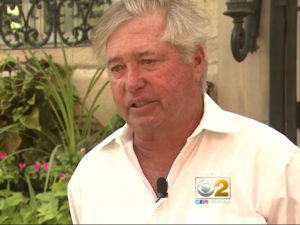 Crime in Chicago has gotten so out of hand that some residents are now shelling out their own hard-earned money to help secure their home.

As reported by CBS Chicago, a man named De Mudd is the financier for a private neighborhood security patrol after he became so fed up with the increasing rate of crime in his neighborhood.

Already having paid five thousand dollars since August, and expecting that number to clime near fifty thousand, Mudd hired CORE Security, a private firm, run by an off-duty police officer to patrol his block.

Mudd noted that unfortunately the police could not keep up with the drug-dealing and prostitution, and he felt he needed to take matters into his own hands. Though Mudd says he does not blame the police, and that he sympathizes with them, he explain his actions as “a supplement, supplement to crime fighting, supplement to police department…I think it’s very effective.”

Mudd also explained that he cleared this idea with his Alderman, Walter Burnett, and that they both wish it did not come to this; especially because of concerns of pushing their problem on another neighborhood.

“I have solved the problem for my neighborhood, but what I’ve done is I’ve just pushed the problem to another street corner in Chicago,” he says. “That’s not the results that we, as citizens, should be looking for.”

Mudd said that he believes the only solution to this issue is to have blocks or neighborhoods of people doing what he has and working with city police officers in order to really curtail the crime.