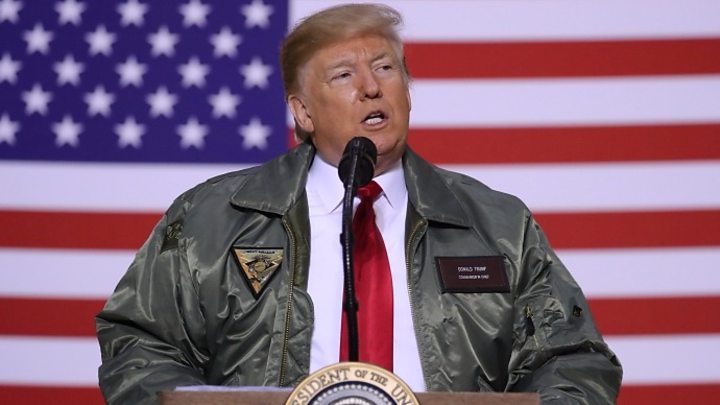 Beschloss said it was wrong of Trump to try to politicize his talk with the troops and accused him of being overly divisive.

“I thought it was obscene because, you know, just as you were saying, president goes to speak to Americans whose lives are in jeopardy, they’re in harms way,” he said. “The tradition is that you keep it nonpolitical. You try to unite the group, you try to say I am your commander in chief, I am behind you. You do not talk politics.”

Beschloss also said Trump should not have mentioned the Democrats or soon-to-be Speaker Nancy Pelosi because the troops who disagree with him would be unable to express their dissent.

“For him to start talking about, you know, in a nasty way about Democrats and Nancy Pelosi and we’ve been played for suckers in the past — that’s fine if he wants to say those things at a Trump rally, at a stadium in the United States, because people go to a Trump rally voluntarily,” he said.

“If they hear things they do not like, they can leave. These are young Americans, for the most part, who have chosen to serve their country. If the president says something that they privately disagree with, they don’t have the right to jeer him or get up and leave the way that the rest of us do if we’re here in the United States. I thought it was disgraceful.”