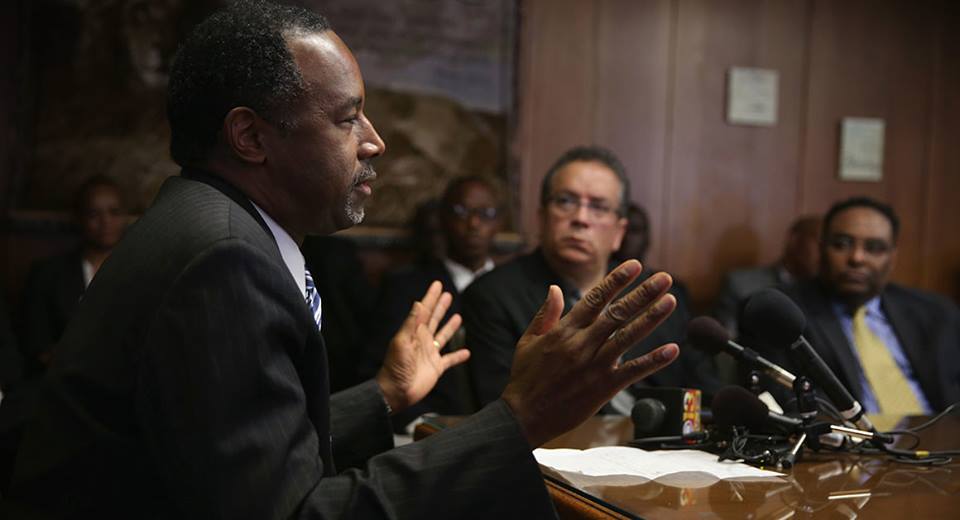 Politico has already begun to backtrack its explosive story accusing Ben Carson of lying about an acceptance to West Point, deleting its claim that Carson had confessed to “fabricating” his admission.

When it first published its story Friday morning, the Virginia-based blog aggressively declared that Carson had admitted to telling a big lie about his past.

Just hours later, though, this opening line was removed entirely and Politico’s accusation significant scaled back.

“Republican presidential candidate Ben Carson on Friday conceded that he never applied nor was granted admission to West Point,” the new lede says. While the difference may appear slight, the change is dramatic, as Carson is no longer accused of fabricating anything.

While the article includes a context-free acknowledgement that the story was “updated,” Politico has otherwise refused to admitted to making the correction.

Politico’s original accusation has rapidly swept across the entire news cycle. “Carson Admits To Major Lie About His Background” was the headline at MSNBC, and similar titles appeared all over the web.

Now, it appears, Politico’s claim that Carson admitted to lying may have ironically proven to be a lie itself.

“The Politico story is an outright Lie,” Carson spokesman Doug Watts told The Daily Caller News Foundation earlier Friday. In an interview with The New York Times, Carson described his offer of a spot at West Point as informal in nature.

“It was, you know, an informal ‘with a record like yours we could easily get you a scholarship to West Point,’” Carson said.

Despite Politico’s claim that Carson had fabricated an application and acceptance to West Point, earlier statements by the candidate show that he’s readily admitted to never applying to West Point. During a Facebook Q&A session with voters last August, Carson said he got an “offer” from West Point, but also said that he chose to not apply to the school, indicating the offer was informal in nature.