America has an obesity problem. Most anyone who trusts modern science will not dispute that point. But as with any societal issue, the question is not so much about what the problem is, but rather what to do about it. Like most other “crises”, the easy solution most loudly called for is some sort of intervention from the government, and obesity is no different.

According to the National Institutes of Health,  more than two-thirds (68.8 percent) of adults are considered to be overweight or obese. More than one-third (35.7 percent) of adults are considered to be obese, and greater than 1 in 20 (6.3 percent) have extreme obesity. To prevent such trends from continuing, a great deal of focus has been placed on preventative measures for children, such as various programs introduced by First Lady Michelle Obama.

Upon her husband’s entrance to the White House, Mrs. Obama made it her mission to tackle childhood obesity. She launched the “Let’s Move!” campaign in 2010 and set some lofty goals. According to the program’s website, the FLOTUS’s initiative is devoted to “solving the challenge of childhood obesity within a generation so that children born today will reach adulthood at a healthy weight.” It also seeks to decrease childhood obesity to 5 percent by 2030.

Among some of the program’s practical applications are providing healthier foods in public schools,  ensuring that every family has access to healthy, affordable food, and helping kids become more physically active. Despite significant efforts from the federal government, the program has had at best a neutralizing effect, and at worst a negative one.

Data on kid fitness suggests that 3 in 4 kids aged 12 to 15 fail to meet the federal government’s minimum recommendations of an at least an hour of vigorous activity each day. “It’s definitely very concerning to see that our kids are engaging in such a limited amount of physical activity each day when we are still battling the national obesity problem,” said Stephen Pont, chairman of the American Academy of Pediatrics’ section on obesity, according to the Associated Press.

But while government is failing to get kids moving, the private market is quietly getting them off their feet again. Just this week, the new app called Pokemon Go launched for mobile devices, bringing the digital world that millennials grew up with to life. The game allows players to travel their neighborhoods and towns on foot to catch wild Pokemon and train them as their own. The game mixes the elements of the game with real life places, that one must travel to on-foot to play.

Don’t get me wrong: the game is no fit-bit. Kids are not exactly doing wind-sprints up and down local main street to catch these fictitious creatures. But for the first time in a long while, avid gamers are enthusiastically getting out into the world and participating in mild cardiovascular exercise. 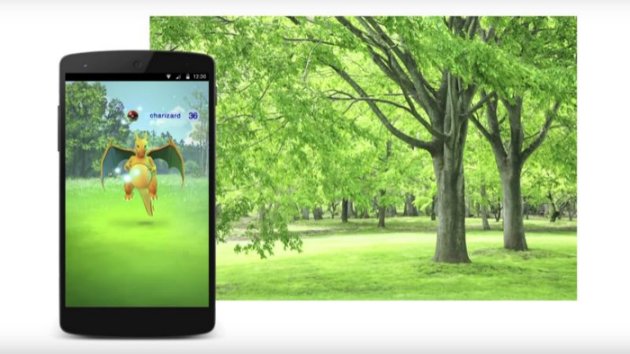 Pokemon Go is not going to solve childhood obesity. It might not even make a significant dent. But it does illustrate how the market is far superior in enacting social change than any government could be. The key is not that the game developer cares so much about the children’s well-being, but that it wants to provide a product for which there would be a demand.

To quote from economist Adam Smith, “It is not from the benevolence of the butcher, the brewer, or the baker that we expect our dinner, but from their regard to their own interest.” Many do not understand that as society’s desires and values change (healthy living, environmentalism, etc.) the market must find solutions to meet the demand of those values.

Pokemon Go is an interesting combination of satisfying a demand (that of a new video game), while providing a perceived social good of physical activity. I would bet a good deal of money that most children would take an afternoon outside with this game over Mrs. Obama’s program any day of the week.

The market creates goods like this all the time, but people often fail to notice. Take for example the USB drive, or even more recently, cloud servers. Environmentalists and the EPA have been fighting for government protection of the planet for decades – and have made little difference. Yet, these free market innovations have done more for their “cause” than government ever has.

The same thing is becoming increasingly true in the auto industry. Despite government regulations on the traditional car manufacturers to create a clean, electric vehicle, it was newcomer Tesla that ultimately broke through and changed the game. Tesla cars have become cool status symbols much like the sports-cars of old.

Such stories can be found throughout human history and naturally lead one to logically conclude the market’s superiority.  But still, people do not see what is right in front of them. As Henry Hazlitt once observed, the market and price system is beautiful, but its wonder is overlooked because the unseen (market) is neglected for the seen (state).

Based on historical evidence, I can certainly imagine a future where the market is driving people towards healthier lifestyles by tapping into what they demand. Maybe the product will be a game like Pokemon Go; maybe it will not be. And that’s part of the wonder. The market could ultimately supply society with an awesome product that we never even knew we wanted.

I certainly cannot see the government ever doing the same.

Another Angry Shooter Fires on Police, This Time on Tennessee Highway