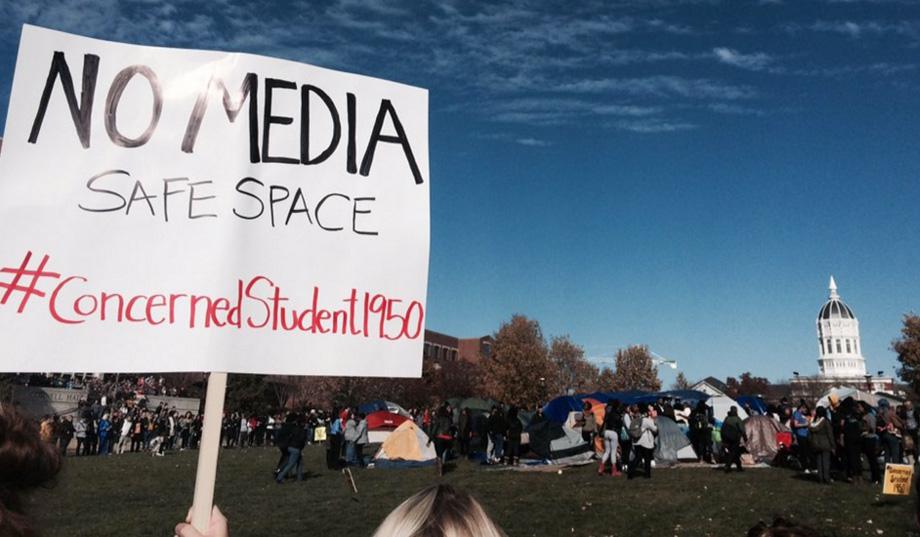 For a number of years now, there’s been a growing trend on the left of playing victim politics. This is when a group of individuals attempts to derail civil, sensible political debate by pulling out the victim card, claiming racism, sexism, homophobia, or general bigotry when confronted with an opinion or argument to which they have no counter-point to make in response. This tactic has become particularly infectious amongst Millennials, who largely subscribe to left wing beliefs. These “social justice warriors” and “third-wave feminists”, as they’ve labeled themselves, believe that their hurt feelings and personal opinions should overrule the constitutional rights of others, particularly the rights to free speech and religious freedom.

Politicians haven’t helped to cure this toxic ideology, as Democrats like Hillary Clinton and Barack Obama have often utilized false or misinterpreted statistics (such as the wage gap myth) in their policy making and stump speeches. Why has this tactic become used so frequently among the left? It’s to appeal to emotion.

Americans are realizing more and more that left wing policies do not work or benefit their livelihoods. The Obama presidency has been particularly damaging to the left’s claims that only their policies can solve issues such as homelessness and poverty. Social justice warriors and third-wave feminists believe that, by appealing to emotions and vilifying the right, they can win over the hearts and minds of Americans despite the enormous failures of their policies. In many ways, this has worked.

When Republicans propose common sense, often completely necessary reforms, the left now counters by framing them as evil and heartless, rather than attempting to explain why their position is better. Take right to work legislation, for example. The power of unions in America has ballooned enormously. In many states, workers are forced to join unions and pay union dues against their will. This is an outrageous violation of one’s rights. In Wisconsin, Republican Governor Scott Walker fought hard against unions to get this bill passed, ending forced union membership and giving workers the fundamental right to choose whether or not to join a union.

Democratic President Barack Obama lashed out at Walker, accusing him of signing an “anti-worker” law that would “weaken, rather than strengthen workers”. Of course, this is unequivocally false. Obama also accused Walker of “stripping workers’ rights in the workplace”, when in fact, it was quite the opposite. In doing this, Obama was attempting to frame Scott Walker, a Republican governor with immense support in Wisconsin, as an evil man opposed to the average Wisconsinite, and the powerful unions as poor victims suffering under the might of this evil man. This was a pure appeal to emotion, ignoring the simple fact that it is Obama’s stance, not Walker’s, that violates workers’ rights.

Thankfully, Wisconsinites in the state government saw through this charade, and overwhelmingly voted in favor of right-to-work legislation.

Sadly, the left has no barrier they will not cross when it comes to victim politics. In March of 2015, the state of Indiana passed a law protecting the religious rights of private business owners. This law allows business owners to refuse to provide services if those services violate their religious beliefs (such as performing gay marriages or baking cakes for gay weddings). Rather than accepting the fact that religious rights are guaranteed in the Constitution, while services from private businesses are not, the left lashed out at this law en masse.

Jennifer Pizer of Lambda Legal said that the law was “religious discrimination”. The National LGBTQ Task Force cried out about the law, saying that, “What these politicians are peddling as ‘religious liberty’ is not real religious liberty. This law is an out-right recipe for discrimination and persecution.” The simple fact is that this law is neither of the above. It simply reinforces the constitutionally guaranteed right of religious freedom for private business owners.

When Aaron and Melissa Klein, the Evangelical Christian owners of Sweet Cakes by Melissa, a cake shop in Oregon, exercised their religious rights in refusing to bake a cake for a lesbian wedding, they attracted the attention of national media. The left lashed out at these private business owners, accusing them of bigotry, and asserting that the lesbian couple who wanted the cake should overrule the Kleins’ right to religious liberty. Unfortunately, the Kleins were forced to shut down their cake shop, and now operate from their home.

In 2015, a court in Oregon decided that they would also penalize the Kleins financially, levying an enormous $135,000 penalty for damages to the lesbian couple. The Kleins were ordered to pay this money by July 13, 2015, with the threat of a lien being placed on their home if they did not. After fighting this ruling throughout 2015 against a heavily pro-LGBT court of appeals judge, the Kleins ended up paying this fine in December. Once again, those on the left whipped out the victim card, vilifying a religious couple for utilizing their constitutionally guaranteed right to religious freedom.

All of this sets a truly dangerous precedent, as victim politics has overruled the constitution once again.

Even on serious issues such as terrorism, victim politics is being utilized by the left to distract from the facts. After the terrorist attacks in San Bernardino, President Barack Obama refused to call this act for what it was – an act of radical Islamic terrorism. Instead, Obama preached against “Islamophobia”, thus making the ideology which led to these attacks the victim, rather than the people who died at the hands of these Islamic terrorists. While Obama, as the president, should be leading the charge against this ideology, he instead prefers to pretend that it doesn’t even exist. The former head of the Democratic National Committee, Howard Dean, has taken this even further by claiming that the Islamic State terrorist group has absolutely nothing to do with Islam.

Meanwhile, university and college campuses have become a cesspool of victim politics. Those on the left have cried out for “safe spaces” and “trigger warnings” against the most minuscule of things. Conservative pundits such as Ben Shapiro and Milo Yiannopoulos have been barred from speaking on many college campuses after petitions from the far left. When “Trump 2016” appeared in chalk on campus at Atlanta’s Emory University in March 2016, one student told Fox News, “I’m supposed to feel comfortable and safe here, but this man is being supported on our campus and our administration shows that they, by their silence, support it as well … I don’t deserve to feel afraid at my school.” Emory’s president, Jim Wagner, pledged to find the people who wrote these messages in chalk, and put them through the conduct violation process if they are students. This is next level victim politics.

What’s happening on college campuses is a scary precedent for what these professional victims may do down the road. It’s bad enough that the left believes that their feelings should overrule the constitutional rights of anyone outside their spectrum, but what will these university safe spacers call for once they’re out in the real world? What is the future of democracy in America when modern Democrats prefer to cry victim and vilify Republicans for having opinions and policies that differ from their own rather than conduct a proper debate through the democratic process? How long will it be until simply being conservative is looked at as an act of evil, and the left attempts to outlaw conservative, libertarian, and constitutional beliefs and principles on the whole?

The game of victim politics is only growing in volume. The current Democratic candidates for the presidency are both utilizing this toxic ideology to advance themselves. When campaigning against the Republican candidates, they’ve focused on tactics of victim politics rather than debating policy in the media. The Bernie Sanders campaign has even used this ideology against his follow Democratic nomination candidate, Hillary Clinton.

When will enough be enough for the left? Will we ever see the end of victim politics, or will it only continue to grow? The Constitution must overrule the culture of the left wing victim card. This is another key issue to pay attention to in the 2016 election. A victory by the Democrats would stock the Supreme Court with liberal justices for a generation, ensuring that the Court is on the side of professional victims, rather than that of the Constitution. America cannot allow this to happen. A Republican victory in 2016 is essential in fighting back against the culture of victim status that is being cultivated by the left.

Putting Her In Her Place: How Men Engage In Targeted Harassment Online