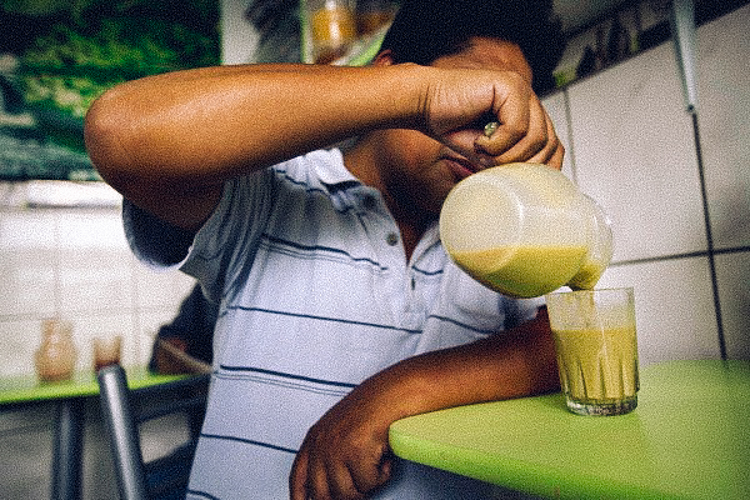 From The Plaid Zebra:

In the sacred birthplace of the Incas, sheltered by the deep blue water of Lake Titicaca, swims a frog known by biologists as Telmatobius culeus—and by locals as “The Scrotum Frog.”

The frog has gained its name for the blanket like skin flaps that sag from the exterior of its body, but also because for 20 years it has been the main ingredient of booming street vendor business that’s been revolutionizing bedrooms across Peru.

Frog Juice, too, has an affectionate Andean nickname—“Peruvian Viagra.” 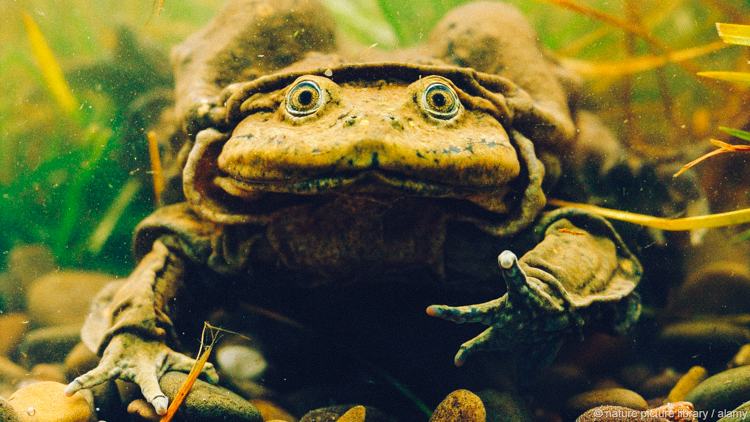 For as little as $2 USD, Peruvians can get a fresh-cup of Frog Juice, an all-natural concoction that is believed to cure osteoporosis, anemia, bronchitis, sexual impotence and increase sex-drive. 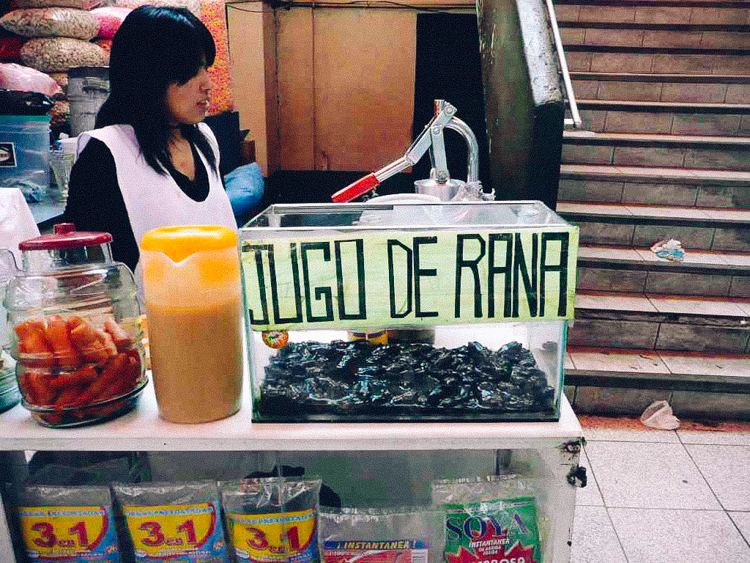 While it is illegal to sell any wildlife classified as endangered under national law, a large blackmarket still exists because of engrained cultural traditions.

The frog now joins the likes of the Blue Whale, the Iberian Lynx and the South China Tiger on the “critically endangered” list. 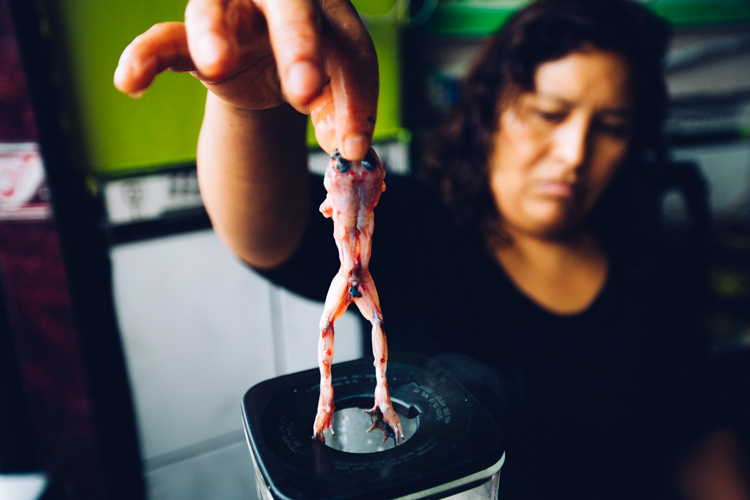 The recipe is simple:

3. Add a half cup of white bean broth.

4. Grab a Titicaca frog by its leg and slam its helpless little body on the countertop like a heartless maniac.

5. Add pinches of carob and pollen based on personal taste.

6. Carve the skin off the limp innocent skeleton and toss its mangled, blameless body into a high-powered blender.