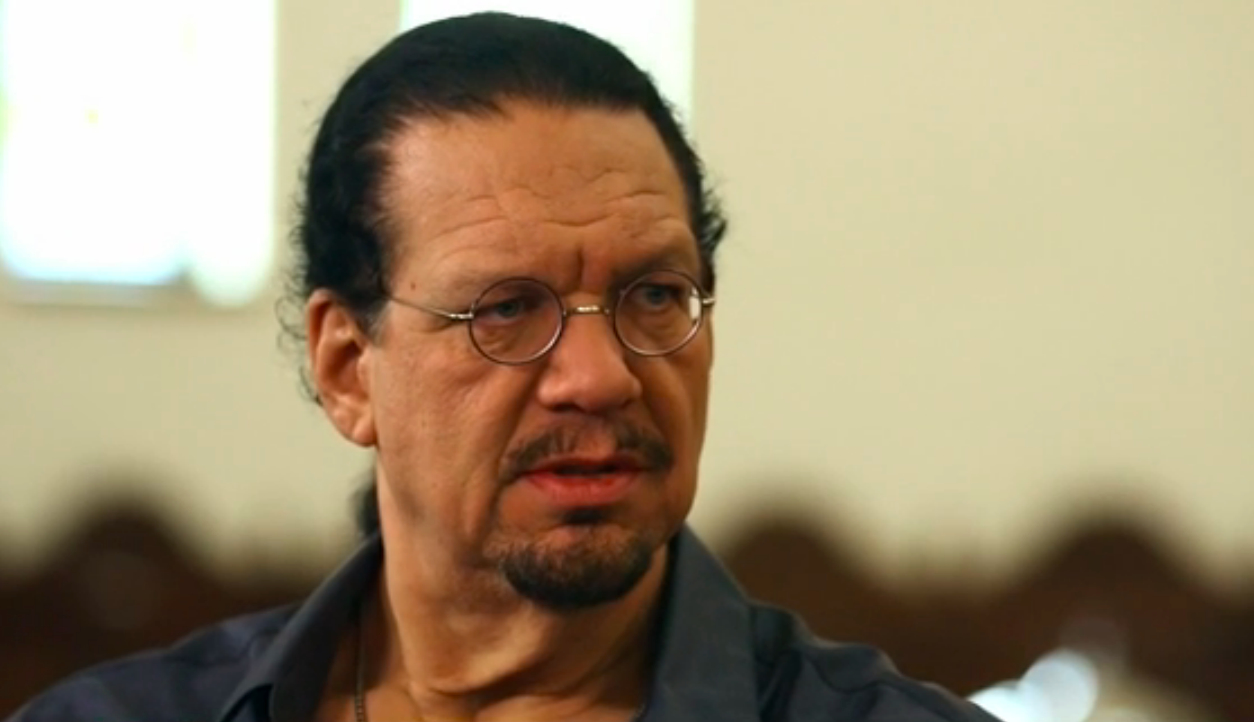 Penn Jillette has made a career out of being both offensive to some and poignant to many. He is well-known as one-half of the famous magician duo Penn & Teller. The two regularly perform in Las Vegas and have been the stars of several TV shows. When not creating magic, Penn often discusses his atheism and libertarianism. He has endorsed Libertarian Gary Johnson, and has grown tired of being told that he is “wasting his vote.”

Accordingly, Jillette articulated that he has only two words for those engaging in such a fallacy: “f*ck you.” As elaborated upon by J. Wilson of A Libertarian Future, Penn is correct to be upset. While voting for a third-party takes commitment to principles, voting Republican or Democrat typically does not require a similar backbone. Such votes often only prolong the existence of a government system which has consistently failed and has not delivered what it has promised.

Jillette famously got into a similar discussion four years ago when he appeared on Hannity. Hannity insisted that Penn ought to vote for Mitt Romney in order to defeat Barack Obama, and that a vote for Johnson was a “half a vote for Obama.” However, Jillette did not waver, asserting that he did not believe in voting for the “lesser of two evils” and that he would vote for Johnson because he saw more similarities than differences between Romney and Obama. Hannity also stated his problem with libertarianism is that humans have a “proclivity toward evil” and that they therefore need government to engage in some policing of morality.

Penn’s defense of individual liberty, even in the voting booth, is very laudable. While most celebrities lean left, Jillette has never been shy about expressing his feelings, and best of all, he is extremely informed on very nuanced issues. While a magician would not typically be considered to be the best possible spokesperson for a political ideology, Penn has proven to be unbelievable in spreading the ideals of liberty in an unconventional but highly effective manner.

The substance of Penn’s claim in voting for a third-party has become more relevant as Gary Johnson has climbed the polls in this election cycle. Even as Johnson has neared 15% of the popular vote, Republicans and Democrats alike have suggested that a vote for him or Green Party Nominee Jill Stein could lead to the election of either Donald Trump or Hillary Clinton.

Central to the belief that a vote for a third-party is a “wasted vote” is the necessary belief that either party is somehow entitled to the votes of those even moderately close to its ideology. This has become no clearer than with a candidate like Trump, who is significantly more liberal than traditional Republican candidates, voters are expected to turn out and vote for him as if he were their ideal choice. Similarly, many in the Democratic Party are much more progressive than Clinton, evidenced by the popularity of Bernie Sanders, but are told to vote for her all the same.

Hopefully, Penn Jillette’s central feeling on voting for a third-party resonates throughout this cycle and voters soon lose the stigma associated with casting a ballot for a candidate other than a Republican or Democrat. Earning a place in the debates would be a massive step toward demolishing this narrative and allowing people to seriously consider a third candidate. Should Johnson be able to do so, the unpopularity of the other two major candidates could lead to him having a very serious impact on the final results of this year’s presidential election. Until then, as Penn says, do not allow anyone to call your vote “wasted.”

Liberalism Isn’t Tolerant, But This Beautiful Philosophy Is

“She Can’t Win” Is An Unimaginative Short View