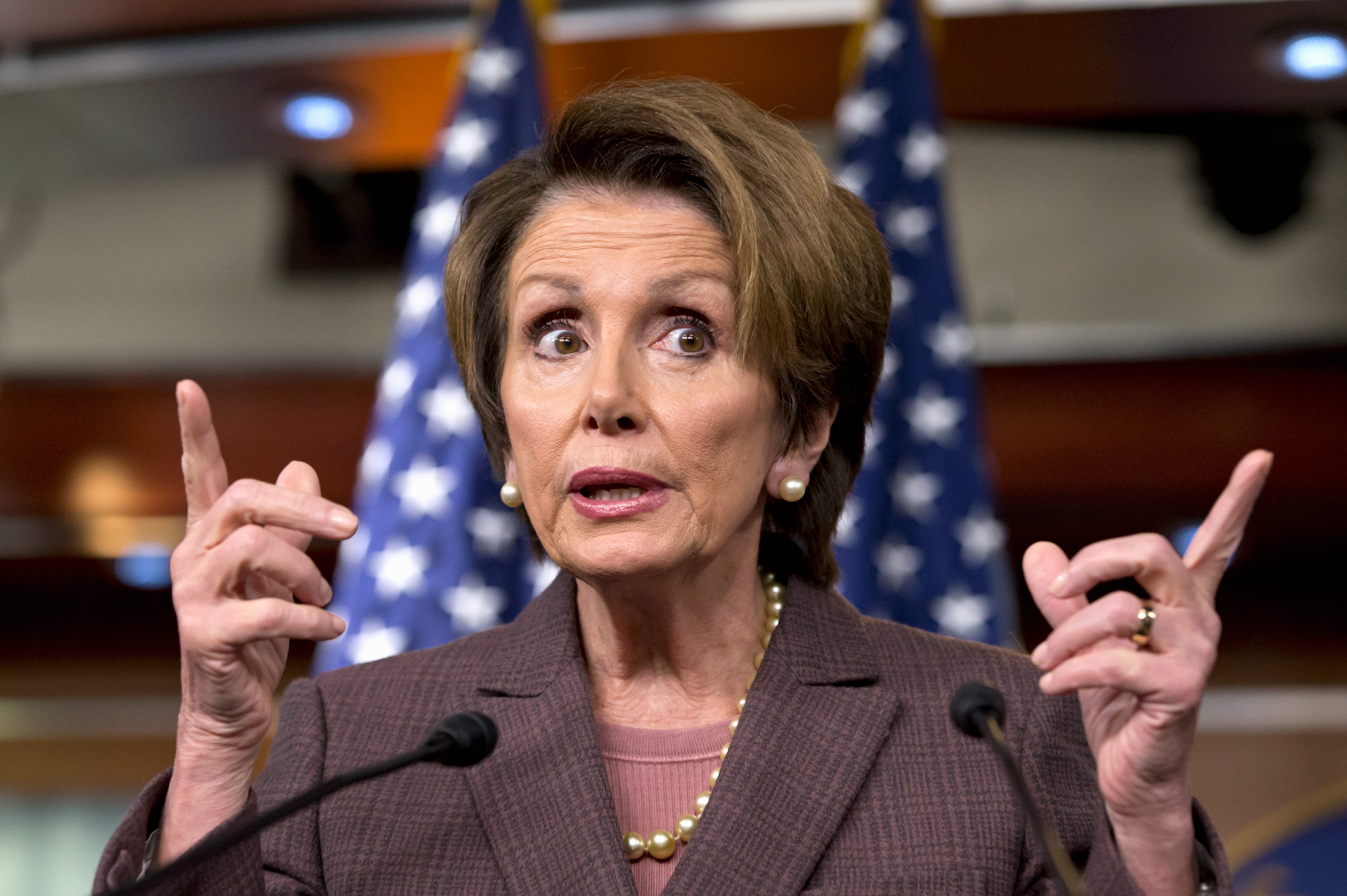 Imagine being so hated by your own party that you think the way to win is by promising not to stay in the position too long.

Imagine championing term limits on yourself as a selling point in 2018 after serving in Congress since before Reagan even told Gorbachev to “tear down this wall” or the Bork hearings.

Imagine a system where someone is so hated by her own party that at least 58 Democratic House candidates pledged specifically to not support her for leadership while running… and they can still win the top House leadership role easily.

Imagine a party having 235 seats out of 435, and 235 members who could hold such a position, and still settling on her. Hell, there’s no requirement that the Speaker of the House even be a member, and 46% of Americans are Democrats or Democrat leaners, technically giving them napkin math of 150 million people or so to choose from.

Imagine no longer, because this is the world we and Nancy Pelosi live in.

Nancy Pelosi is probably best known for her regrettable words “We have to pass the bill in order for you to find out what’s in it”, opposing a balanced budget amendment and social security solvency, and her being instrumental with her support for enhanced interrogation techniques and the NSA’s controversial data collection programs.

After agreeing to a term limit rule proposal that would cap her speakership at most to another four years, seven “Never Nancy” Democrats announced their support, making her all but assured to win the position in January.

Technically, the proposal is for leadership roles in general, limiting members to three terms, or a fourth with 2/3rds consent. However, it would apply retroactively while Pelosi had already served her first two (2007-2011).

Under her speakership, several important laws were passed. For instance, the “Protect America Act”, which eliminated warrant requirements for certain government surveillance operations, and several expensive Keynesian economic stimulus packages that handed out taxpayer money to government-favored groups. Other hits include FISA reorganization which lead to the kinds of abuses Snowden blew the whistle on (including PRISM), bailing out the banks, reinflating the real estate bubble, so-called “Cromnibus” bills, Cash for Clunkers, and of course Obamacare.

The deal currently being negotiated would affect more than the speakership, however. Currently, unlike the Republican Party’s process, Democratic caucus rules all but ensure that seniority determines leadership roles regardless of performance or popularity, which in a way makes since given the similarities between that and teacher tenure. In another way, however, the most energetic and visible Democratic activism have been coming from the youth, demanding the kinds of radical change that many more senior Democratic representatives from another era oppose.

Pelosi may have to make concessions in negotiating to retain her role, but not all senior Democrats see such a change in their interest. For instance, Steny Hoyer is the House Democratic whip, and says

“She’s not negotiating for me“.

The appeal of term limit proposals for many, is the underlying assumption that the longer a representative serves, the worse they get and the harder they are to remove from office through the ultimate term limit proposal of voting. The longer a politician is in office, term limits proponents believe, the more likely they are to be corrupt, entrenched, resistant to change (even when change is positive), and removed from their constituents. One of their prime examples is, of course, Nancy.

What Pelosi’s priorities might be in her third term are somewhat unclear. Her base seems to favor a nationalization of healthcare, fighting for fifteen, and attacking the second amendment. However, any such legislation is likely to die in the Republican controlled Senate.

Looming large is the possibility of Trump’s impeachment or hearings on any one of a number of financial, international, and personal scandals. It’s not too far-fetched to expect such a thing is a possibility. But again, such an effort may discredit the President, but it’s the Senate which has the power to remove Presidents from office and Trump isn’t likely to leave voluntarily. Besides, Trump likely has more overlap with Pelosi’s goals than a President Pence would.

No One Is Obligated to Find You Sexy