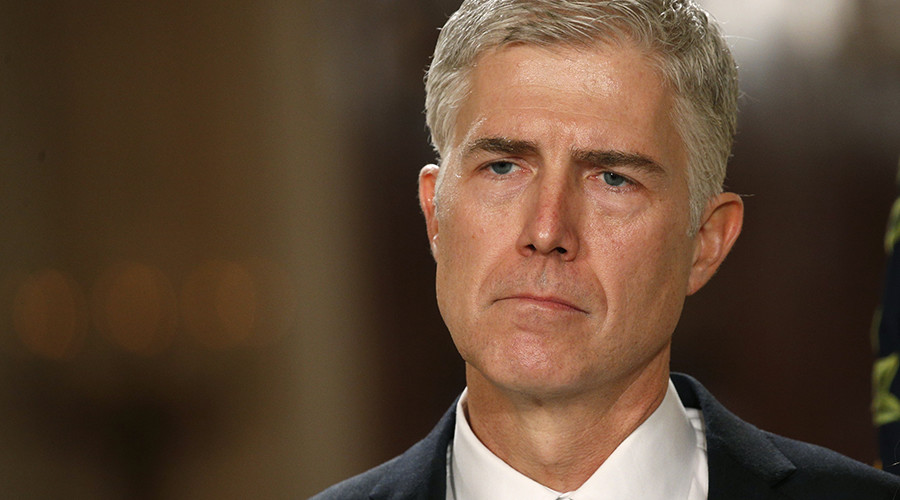 “Neil Gorsuch is exceptionally qualified — a fair and independent judge who bases his decisions on the Constitution, and he is widely respected on both sides of the aisle,” said Carrie Severino, chief counsel for JCN. “He was confirmed unanimously to one of our highest courts in 2006, and I am confident he will receive bipartisan support again this time.”

“Some Democrats may be tempted to obstruct his nomination, but we have already launched a robust campaign in key states, and we will ultimately force vulnerable Senators to choose between obstructing and keeping their Senate seats,” she added.

The first phase of the effort began immediately after President Donald Trump announced Gorsuch’s nomination from the White House on Tuesday night. The group spread a $2 million ad buy over several states including Missouri, Indiana, North Dakota, and Montana. All four are states represented by Democratic senators up for reelection in 2018, which Trump carried in the general election by significant margins.

It’s unclear if Gorsuch will solicit the 60 votes currently required of Supreme Court nominees. A handful of Democratic senators indicated they would attempt to stage a filibuster, to block him from reaching the 60-vote threshold.

“This is a stolen seat. This is the first time a Senate majority has stolen a seat,” Merkley said. “We will use every lever in our power to stop this.”

“A very large number of my colleagues will be opposed,” he added.

Other Democrats have indicated they support holding hearings and a vote on the floor. Most of the Democratic caucus will withhold judgement on Gorsuch until hearings begin before the Senate Judiciary Committee. Gorsuch met with Senate Majority Leader Mitch McConnell, Senate Judiciary Committee chairman Chuck Grassley, and Sen. Cory Gardner of Colorado on Capitol Hill Wednesday.

Open Borders: Lesser Threat to Life and Property Than the Trump State