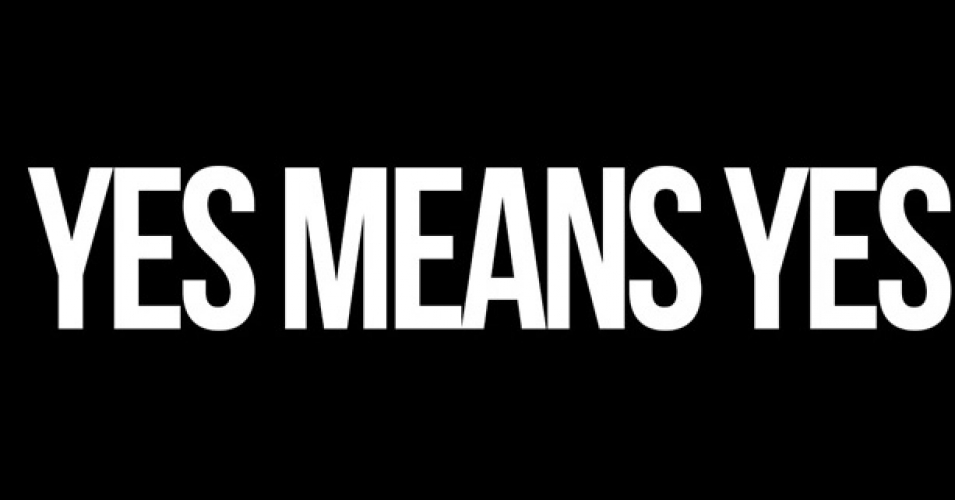 A week ago, Claremont McKenna College’s student newspaper The Forum, published an article by a Jordan Bosiljevac titled, Why Yes Can Mean No.

In it Bosiljevac tells the tale of a sexual encounter she had after a party. She went with a guy to his dorm room where he asked her “Is this okay?” She replied yes and admits that there was “no coercion, no imminent threat of violence, no inebriation (well, not a lot, anyway)” but she really meant no. She wants to talk about what lead up to her saying yes.

She recounts how at five years old she would wince away from kisses on the cheek from relatives. At twelve she was taught showing bra straps and thighs was worthy of detention because it distracted boys. And at sixteen her boyfriend told her that most girls “liked this,” presumably sex but it doesn’t specify.

All these terrible experiences are what led her to, at age twenty, say yes to that guy in his dorm room instead of no.

‘No’ was scary and unfamiliar to her. She was “coerced by the culture that had raised us and the systems of power that worked on us.” A phenomenon she and her friends coined as “raped by rape culture.”

Bosiljevac felt pressure from “having gone back to someone’s room, not wanting to ruin a good friendship, loneliness, worry that no one else would ever be interested, a fear that if I did say no, they might not stop, the influence of alcohol, and an understanding that hookups are “supposed” to be fun.” For her, and many others like her, she says:

She then goes off on a tangent about consent being a privilege built for “wealthy, heterosexual, cis, white, western, able-bodied masculinity.” Bosiljevac later blames people for not being able to read their partner’s minds for these kinds of incidences.  I’ll get back to the consent as privilege remark later but first, I’d like to address “Yes doesn’t always mean yes.”

I shouldn’t have to explain this but Bosiljevac and her friends don’t seem to understand this simple concept.

First of all, nobody can read minds. You can’t say yes to sex and then blame your partner afterwards for not knowing you meant no, that’s all on you. If you don’t want to do something, then don’t do it. If you say yes, it means yes, there is no other definition for the word. Bosiljevac blames the friends who told her that hook-ups were fun and she blames the culture she grew up in. These are the factors that prevented her from speaking for herself, she’s a victim. Let me propose a different theory.

She wasn’t coerced by the culture, Bosiljevac went along with it because she has no self-esteem.

Self-esteem has several components, it arises automatically from within based upon a person’s beliefs and consciousness. Self-esteem also occurs in tandem with a person’s thoughts, behaviors, feelings, and actions.

Bosiljevac said it herself, she was worried about “having gone back to someone’s room, not wanting to ruin a good friendship, loneliness, worry that no one else would ever be interested, a fear that if I did say no, they might not stop, the influence of alcohol, and an understanding that hookups are “supposed” to be fun.”

It wasn’t society that pushed you into sex, it was your own lack of self worth and self respect.

Let’s go back to the author’s statement that consent is a privilege constructed for “wealthy, heterosexual, cis, white, western, able-bodied masculinity.”

I’m not going to pretend I have any idea what Bosiljevac’s talking about so we’ll have to go with her explanation.

“When society has taught some of us to take up as little space as possible, to take all attention as flattery, and to be truly grateful that anyone at all could want our bodies or love, it isn’t always our choice to say yes,”

“Consent as a privilege doesn’t just happen in sex. It happens for those of us who give too much in friendships without knowing how to ask for reciprocation, who let doctors touch us in ways that are triggering because we don’t want to make trouble, who dance with handsy strangers because our friends already left the party, who stick around in toxic relationships because we don’t know if we’re allowed to expect better. When you’re poor, disabled, queer, non-white, trans, or feminine, ‘no’ isn’t for you.”

Again, every complaint the author has stems from her lack of self worth. She doesn’t ask for what she wants out of friendships, she’s more afraid of upsetting the doctor than she is about how she feels, she dances with people she doesn’t want to because her friends aren’t there to save her? The author wants to blame men instead of taking responsibility for her own actions, or inactions.

The rest of the article is nonsense with Bosiljevac claiming we need to “throw out legislation entirely to realize that justice for our communities wasn’t built into those systems anyway.” So all we need to do is dissolve all legislation and everything is hugs and kisses, with consent of course.

I’d like to reply with a quote from Robert A. Heinlein in regards to the author saying, “it isn’t always our choice to say yes.”

“Mighty little force is needed to control a man whose mind has been hoodwinked; contrariwise, no amount of force can control a free man, a man whose mind is free. No, not the rack, not fission bombs, not anything — you can’t conquer a free man; the most you can do is kill him.”

Dear Joss Whedon: Social Justice Warriors Don’t Have to Be Your Audience. SJW’s Are Over.