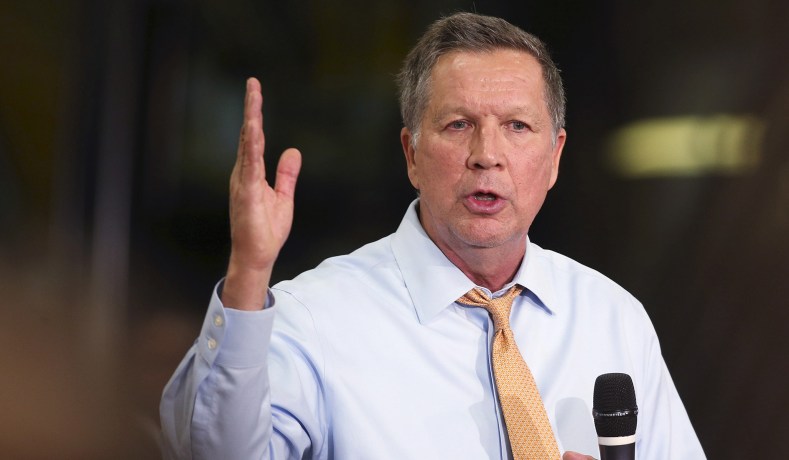 Senate Bill 145 prohibits doctors from performing dilation and evacuation abortions, an abortion method used when women are between 13 and 24 weeks pregnant. Dilation abortion involves tearing the fetus apart limb by limb so that the body parts can be extracted from the womb.

The law makes exceptions for cases where the mother’s life is in danger. No exceptions for rape, incest or fetal abnormalities are included in the bill, Fox31 reported Saturday.

Thank you Governor @JohnKasichfor passing this law which will protect Ohio’s babies from being barbarically dismembered in the womb. #EndDismemberment

The ban on dismemberment abortions comes after Kasich vetoed a billbanning abortion upon the presence of a baby’s heartbeat in late November. He vetoed a similar “heartbeat bill” in 2016.

The ban on dismemberment abortions also comes amid a myriad of violations by Ohio abortion clinics. Your Choice Healthcare opened July 9 on the Northeast Side of Columbus, Ohio and was sued not even two weeks later for violating its contract. (RELATED: Watch Woman Sing Creepy Lullaby To Baby She Aborted As A Blessing On Abortion Clinic)

Toledo Capital Care faces a $40,000 fine following an April 2017 Ohio Department of Health (DOH) inspection revealing that the clinic staffed failed to follow its own emergency procedure, according to The Blade. The clinic also failed to provide the paperwork requested by Ohio’s DOH on April 11, 2017.

State inspectors found 24 violations at the Toledo abortion clinic in the past 10 years, according to The Columbus Dispatch.

Nine other states ban dismemberment abortions, but the laws are only active in Mississippi and West Virginia, according to Fox31.

The number of U.S. abortions has hit a historic low, according to the latest numbers from Centers for Disease Control and Prevention released Nov. 21.

Ohio’s new dismemberment ban will become effective in March, according to Fox31.

Trump Forces Mattis Out Two Months Ahead Of Schedule

Three Times Keynes Was Not a Keynesian