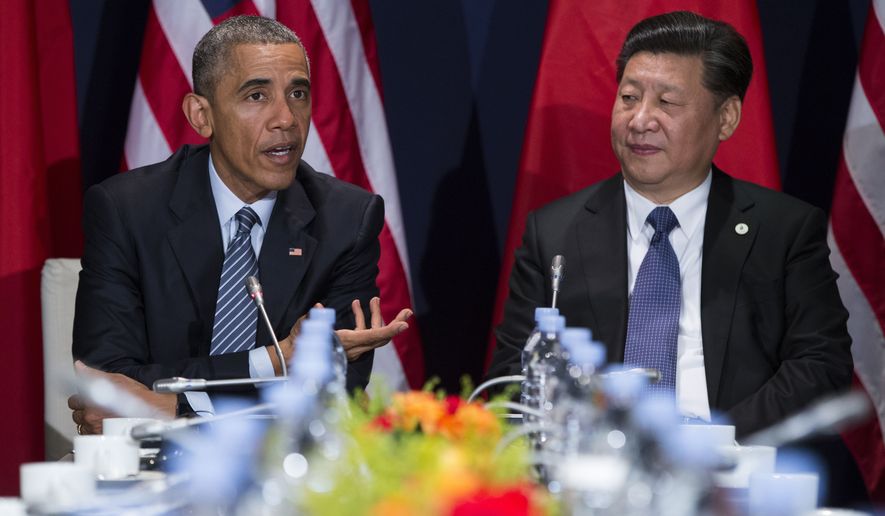 Obama to Take Advantage of “Pen and Phone”

On Monday, the White House defended President Obama’s decision to enter into the Paris climate accord without Senate ratification. However, the White House would not confirm reports that the President will do so during his current trip to China. However, as The Washington Post reports, “it would surprise no one if Mr. Obama and Chinese President Xi Jinping were to announce the ratification of the sweeping climate change agreement before the Sunday opening of the Group of 20 summit in Hangzhou, Zhejiang.”

White House senior adviser Brian Deese suggested that the President does not need Senate approval because the pact is merely an “executive agreement.” Myron Ebell, director of the Competitive Enterprise Institute’s Center for Energy and Environment, asked, “What could be more insulting to our Constitution than ‘ratifying’ it in the presence of the Chinese president-dictator? And what could be more appropriate, since, like Xi, Obama is unaccountable?”

Some fear that the President may use the Paris Agreement to enact climate change policies without Congress. It would not be the first time he has attempted to advance his progressive agenda without the Senate’s consent. In June, the Supreme Court deadlocked, thus blocking a Presidential executive order on immigration. In 2014, the Court also ruled unconstitutional the President’s appointment of certain executive officials while the Senate was on recess.

During his run for the Presidency in 2008, one of Obama’s major complaints about George W. Bush was his excessive use of executive power. Nonetheless, he has seemingly changed his mind now that he is the one with such powers. He once famously stated that he has a “pen and a phone,” enabling him to enact any executive orders he wishes.

Note the differences below:

Where Are They?! Companies Go One Month Without Debate Polls