After a dismal few months getting slapped around by Donald Trump, GOP presidential candidate Jeb Bush is reminding voters that he’s still in it to win it.

“This campaign is not dead,” Bush said. “We’re going on to South Carolina.”

For the moment, it didn’t matter that Bush spent $36 million in New Hampshire, built the best organization in the state and only managed to finish fourth, with less than a third of the total votes that went to Donald Trump, who he’s spent the last several months attacking.

All that matters is that Bush, considered the establishment frontrunner at the outset of this race a year ago, is still alive and kicking—as much due to the precipitous collapse of support for Marco Rubio, his main rival for establishment support, as his own organization and performance. Rubio, who finished a strong third in Iowa and entered New Hampshire eight days ago with momentum, cratered after a disastrous debate performance and looks to finish fifth–a few hundred votes behind Bush.

On February 20th, South Carolina and Nevada will weigh in on the election with a primary and a caucus vote, respectively. 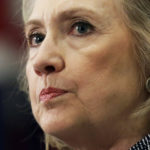 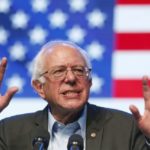