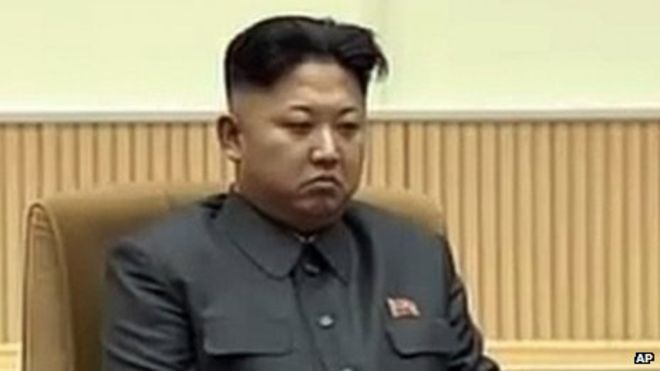 North Korea issued a rare criticism of China Wednesday, warning that its government will “never beg” for Beijing’s friendship.

Accusing China of “dancing to the tune of the U.S.,” North Korea told its old ally in an editorial in the state-run Korean Central News Agency (KCNA) that China should “thank the DPRK” for “protecting the peace and security of China” by serving as a buffer state against the U.S. for decades. “China had better ponder over the grave consequences to be entailed by its reckless act of chopping down the pillar of the DPRK-China relations,” warned the article.

North Korea claims that its “strategic interests have been repeatedly violated due to insincerity and betrayal on the part of its partner.”

In recent weeks, certain Chinese publications have been critical of North Korea’s behavior.

“It is reasonable for the DPRK to pursue its own security, but its nuclear and missile ambitions have put itself and the whole region into dire peril,” explained the People’s Daily.

Warning that the North is heading down the “wrong path” with its repeated weapons tests in violation of international restrictions, the paper of the ruling Communist Party of China explained that it will never waiver in its commitment to a denuclearized Korean Peninsula.

The Global Times, an affiliate of the People’s Daily, warned North Korea last month that Beijing “will not remain indifferent” to North Korea’s nuclear provocations. In a separate article published on the official news site for China’s armed forces, the Times explained that if the North’s destabilizing behavior impacts Northeastern China, the People’s Liberation Army will bomb North Korea nuclear and weapons facilities.

“China has a bottom line that it will protect at all costs, that is, the security and stability of northeast China,” the Chinese article warned. “If the bottom line is touched, China will employ all means available, including the military means to strike back.”

Outside the press, China has been taking steps to rein in its neighbor.

While bilateral trade between China and North Korea has increased overall, Beijing announced in February that it was suspending all imports of North Korean coal, a major export and source of income for the regime, and in April, China instructed its trading companies to turn away North Korean trade and send back coal shipments.

There are also reports that the reason North Korea has yet to test a nuclear device at its Punggye-ri nuclear test site is that China told Pyongyang that it would punish the North with sanctions of its own if it followed through on its plans for additional nuclear weapons testing.

North Korea said Wednesday that the country’s pursuit of nuclear weapons can “neither be changed nor shaken.”

The Global Times responded to North Korea’s critique of the bilateral relationship, stating that the KCNA “editorial is nothing more than a hyper-aggressive piece completely filled with nationalistic passion.”

“North Korea has not left the Cold War behind and does not want to, and is enmeshed in a web of its own spinning of antagonism between its enemies and itself,” the People’s Daily said in response to North Korea’s criticisms.

While Beijing has been working with the Trump administration, despite different views of the situation, to resolve the crisis on the Korean Peninsula, the Chinese Ministry of Foreign Affairs explained Thursday that “China’s position on developing friendly, good-neighborly relations with North Korea is also consistent and clear.”

China is caught between a rock and a hard place in its dealings with Washington and Pyongyang.

“Washington hopes that Beijing can contain Pyongyang from conducting its nuclear activities, as if such an effort is as easy as saying abracadabra,” Chinese media notes. “North Korea, on the other hand, hopes China will pile more pressure on the US and South Korea to stop their threats of war. Beijing cannot possibly satisfy both sides.”

How Trump And Putin Could End The Syrian Civil War