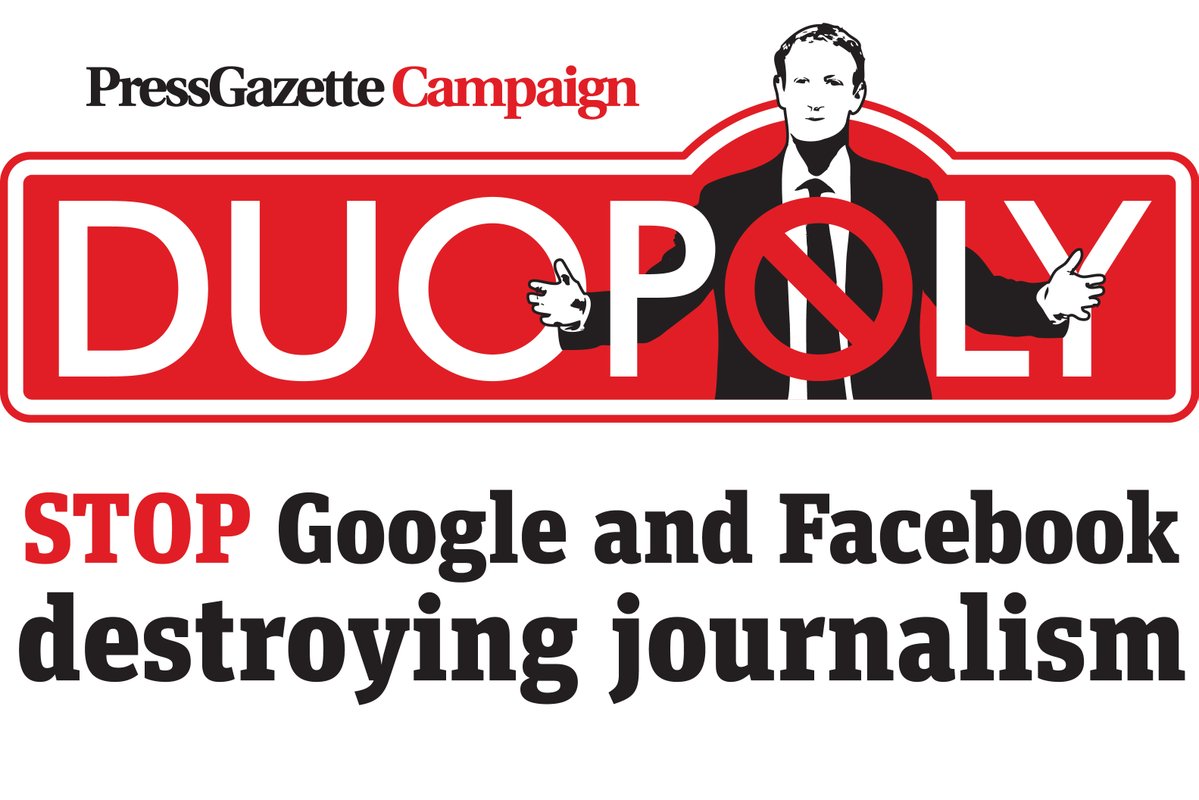 Press Gazette, a publication primarily focused on the news industry, is urging the chief executives of Google and Facebook to change its advertisement revenue system because, it says, if news publishers aren’t able to compete with Google and Facebook for ad revenue and have to cut staff or shut down, then good journalism will suffer.

“By 2020 it has been estimated that 71 per cent of the money spent on digital advertising in the UK will go to Google and Facebook,” the Press Gazette’s official petition reads.

“We are concerned that your commercial dominance will drive news publishers who increasingly rely on digital advertising out of business,” the petition adds, directly addressing the two companies. “This will be bad for you (because you will no longer be able to use their content) and bad for society because we will all be less well informed.”

Google is expected to make $72.69 billion in ad revenues in 2017, while Facebook is estimated to make $33.76 billion, according to market research company eMarketer. Combined, the two companies account for 90 percent of the new ad revenue.

“In the space of a decade the share of the UK advertising market going to UK regional and national newspapers has declined from nearly a half to little more than 10 per cent,” Press Gazette editor Dominic Ponsford said in a statement announcing the petition. “Both Google and Facebook make much of their money through people viewing and sharing copyrighted journalistic content on their platforms. In exchange they return almost no value to journalism creators.”

Google and Facebook’s digital ad dominance is why the Press Gazette’s campaign is accompanied with a “Duopoly” logo (a play off of the popular board game “Monopoly”) featuring a figure with the likeness of Facebook CEO Mark Zuckerberg.

Press Gazette provided a current example of the gap in monetary rewards and diligent journalistic work. Channel 4 News generated billions of video views on Facebook, much of it through footage of Syria obtained in dangerous conditions. But it’s Facebook that takes most of the advertising revenue, while Channel 4 gets “almost nothing.”

“Google and Facebook need to adopt a formula where a fair proportion of the search and display advertising income they make from journalism is returned to publishers so it can be reinvested in content creation,” the petition announcement continues. Other suggestions include identifying “fake news” and “fake advertising,” promoting “accurate professionally-produce journalism,” and detecting fictional content that purports to be legitimate news. It recommends “working with regulators” in order to figure out a “whitelist of sites which reach the necessary standards for accuracy.” (RELATED: Facebook’s New Arbiter Of News Is A Former CNN Anchor Who Can Barely Hide Her Anti-Trump Bias)

Along with the petition for changes, Press Gazette says it will be investigating the impact Google and Facebook have on journalism and the news, while also providing a forum for debate. The outlet does concede that the two companies are in a great position to foster fruitful and productive news, since they further publishers’ abilities to reach more brands and people.

“But if that is at the expense of the advertising income which consumer publishers need to survive then it is not a price worth paying,” the release reads. (RELATED: Facebook Exec: We Are ‘Just Getting Started’ With ‘Fake News’ Battle)

Google and Facebook both made announcements in recent months introducing ways to help purge or minimize fake news on their platforms. Google’s “Fact Checkers” include outlets Snopes and Politifact, two publications that purport to be completely unbiased, but have many examples of dubious validation efforts. Facebook, which has also shown interest in Snopes, rolled out a feature Thursday that offers users tips on how to spot “fake news” including checking for other reports on the topic and scrutinizing the formatting.