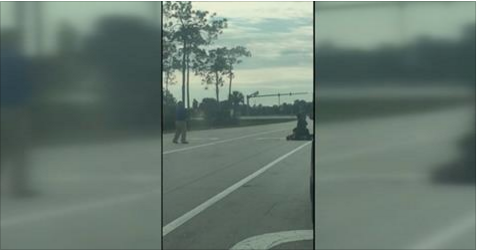 On Nov. 14, Lee County Sheriff’s Deputy Dean Bardes was being attacked by 53-year-old Edward Strother and pleaded for the help of a passer-by, who shot and killed Strother, according to a Lee County Sheriff’s Office police report. Strother was punching Bardes and reaching for his firearm, said Amira Fox, the state’s chief assistant attorney.

Bardes was assisting two Florida Highway Patrol troopers with a vehicle crash on I-75 in Estero when he observed a gray Toyota Camry driving by at a “high rate of speed,” according to the police report. When Bardes attempted to stop on the car, the driver, Strother, stopped in the roadway and pointed a gun at Bardes before continuing southbound, the police report states.

Strother eventually came to a stop on an off-ramp and attacked Bardes. Passer-by Ashad Russell told police, according to the report, that Strother jumped “over the driver’s door” of Bardes’ patrol car, “landed on top of him” and began “beating” him violently.

Bardes called out to Russell, “Please shoot him,” as he protected his gun from Strother, according to the police report. Russell gave “numerous commands” for Strother to get off Bardes, the report states.

Fearing for Bardes’ life, Russell, who had a concealed weapon, “fired three rounds, striking the suspect,” the report states. According to one witness, Strother told Russell, “You better kill me” after being shot a second time, the state attorney’s office told ABC News.

The third shot — to Strother’s neck — is presumed to be the fatal shot, the state attorney’s office said.

After the shooting, Russell, who said he was in shock, dropped his gun to the ground and waited in his vehicle for other law enforcement officers to arrive, the report states. He has a concealed weapons permit and was not charged in Strother’s death because of Florida’s “Stand Your Ground” law, according to the state attorney’s office.

The video and full article can be found here.

How Libertarians Can Find Voter Popularity Through Unification 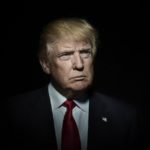