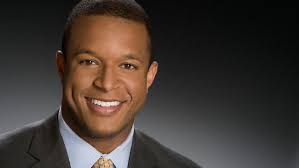 MSNBC anchor Craig Melvin called Confederate statues a “big middle finger” to “people who look like me” during a Wednesday “MSNBC Live” segment.

“A lot of folks fail to recognize, and maybe they just don’t know that the bulk of these statues, they weren’t put up in the years following the end of the Civil War. They were put up in the 50s and the 60s as a big middle finger to a lot of folks who look like me,” Melvin said.

Melvin did, however, note that there was another side to the argument that says it would be wrong to attempt to rewrite history and ignore those who fought and died for the Confederacy.

“Some have argued, and rightfully so, that these statues as well represent an acknowledgement of the sacrifice that so many soldiers of the Confederacy made during the Civil War,” he concluded.