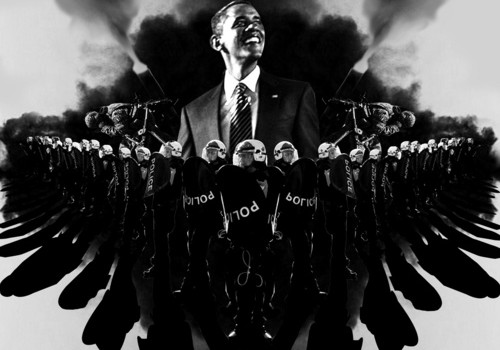 Things got real in Montana this past week.

A recent article from the Tenth Amendment Center (TAC) covered a move by the state which will diminish the influence of federal programs aimed at enlarging the powers of local police:

“Introduced by Rep. Nicholas Schwaderer (R-Superior), House Bill 330 (HB330) bans state or local law enforcement from receiving significant classes of military equipment from the Pentagon’s “1033 Program.” It passed by a 46-1 vote in the state Senate and by a 79-20 vote in the state House. Gov. Steve Bullock signed the bill into law in April.”

The new law will essentially prevent all state or local law enforcement from “receiving armored drones, weaponized, or both; aircraft that are combat configured or combat coded; grenades or similar explosives and grenade launchers; silencers” and any other unnecessary tools left in excess from federal military surplus programs.

The great thing about HB330 is that it finally closes the existing loose end by banning state level law enforcement agencies from buying these militarized weapons with federal grants. According to TAC, “they could continue to purchase them, but would have to use state or local funds, and the agencies would have to give public notice within 14 days of a request for any such local purchase”.

In the wake of police abuse throughout the nation, along with mass crime and rioting throughout the country as seen within the past year, Montana understands that you can balance law enforcement and the Constitution in order to react to and prevent crime.