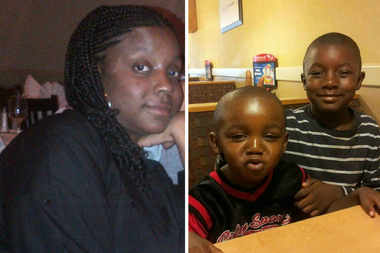 NEW YORK, NY – A Bronx mother of two has been allegedly beaten, arrested, and separated from her children by the NYPD according to a new report from DNAinfo New York.

Tyeesha Mobley, 29, claims in a lawsuit against the department that when she called the police to come talk some sense to her son, about whom she was worried, the responding police officers chose to rough her up and cuff her instead in front of said son – 9-year-old Tyleke. The young man had apparently stolen money from his mother’s purse and gotten found out, and Tyeesha was simply trying to talk sense into him, embodying the best of intentions.

But that wasn’t enough, according to Tyeesha, and instead the officers who arrived at her home placed all of the blame on her. “You black bitches don’t know how to take care of your kids,” one officer reportedly told the woman as they physically harmed and arrested her. More abusive statements followed: “You need to call the kids’ father, not us … We can’t raise your kids … Why are you wasting our time? We aren’t here to raise your kid … Why don’t you take your f–king kid and leave?” Of course, during this struggle, Tyeesha couldn’t.

According to The Root:

“Mobley says she was then cuffed and thrown against a squad car and kicked in her legs.

“All I was saying is, ‘Please stop, you’re hurting me; my kids is there,’” she said. The boys were allegedly crying and begging the officer to stop.

According to the lawsuit, a female officer in the squad car told the officer that that was not how they were supposed to act, but the arresting officer reportedly said, “‘Black bitches like that … this is how I treat them.’”

Mobley and her kids were taken to a police station in separate cars. The mother, who had to be taken to the hospital to treat bruising on her legs, ended up being charged with child endangerment. She fought the charges for months before a judge finally dismissed the case.

During all of this, her children were in foster care, where, the lawsuit claims, the foster mother spoke only Spanish. Her youngest son suffered a bad burn while in her care and Tyleke had multiple asthma attacks.”

The NYPD has apparently not responded for comments on this incident, or the resulting lawsuit.  I’m sure there is a perfectly reasonable and noble explanation for that. 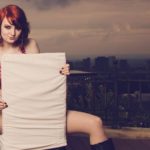 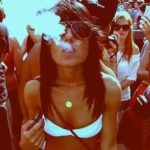 Libertarians Are Obsessed With Pot. You Should Be Too. Here’s Why…