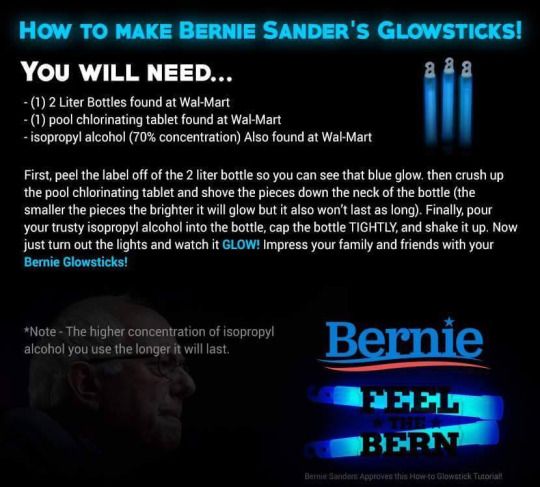 According to a Yahoo article reporting on the dangerous meme, simply, this teaches you how to make a 2-liter bomb while exposing a person to enough chlorine gas to potentially asphyxiate them.

Here’s what would actually happen if you made them. The instructions require you to mix a swimming-pool-chlorinating tablet with isopropyl alcohol, then shake the ingredients together inside of a closed bottle. The chemical reaction rapidly generates enough chlorine gas to cause a pressurized explosion in the bottle, releasing the gas into the air.

The creator of the meme also noted, “the higher concentration of isopropyl alcohol you use the longer it will last,” targeting the ignorance of an individual who may follow these instruction and putting them in harm’s way.

This is a prank with potentially deadly results in a day and age where too many are willing to take anything they read online as truth. As much as we disagree with Bernie supporters on economics, we do not want them to blow themselves up or be exposed to poisonous gas.

Watch what a 3-liter chlorine bomb can do: