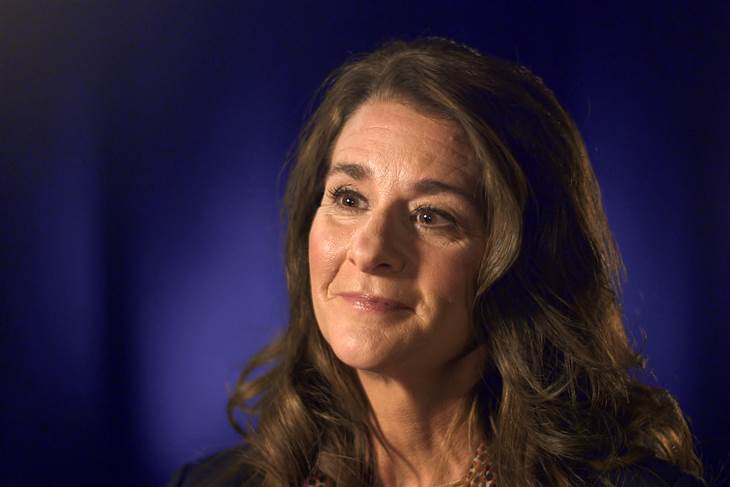 Melinda Gates, philanthropist and wife of tech magnate Bill Gates, said Wednesday that she is proud of her son Rory for being a feminist.

“He’s a great son and a great brother. He’s inherited his parents’ obsessive love of puzzles. But one of the things that makes me proudest is that Rory is a feminist,” Melinda wrote in a piece for Motto, a subsidiary of Time Magazine. “I’m not even sure that feminist is a word I would have chosen to describe myself when I was 18.”

She said that while there have been a number of experiences that led her to characterize her son as feminist, one in particular stood out:

Two summers ago, Rory and I took a trip to East Africa — just the two of us — to see some of the work our foundation is doing in Malawi. While we were there, I met with a group of men who were working to shift gender norms in their community. They spoke with pride about how they were bucking tradition by sharing household chores with their wives, co-managing their finances and making big decisions together. They were also trying to persuade other men in their village to adopt the same approach in their own homes.

I was impressed. I thought that, in many ways, what these men were doing was extraordinary. Rory respectfully disagreed. He told me he thinks that standing up to unfair norms is nothing more than exactly what men everywhere should be doing. Yes, he recognizes that the more entrenched the norms, the more courage it takes to confront them. But he also believes that it’s a universal responsibility and one that he’s already striving to uphold in his own life.

Rory’s lack of admiration for these men’s efforts, and apparent outlook that such endeavors aren’t commendable because it should already be inherent, is a great source of pride for Melinda.

Her son’s high expectations for equality for women gives her hope for future generations. (RELATED: This Woman Got Bill Gates For Secret Santa And He Really Went All Out)

“I’m optimistic about what the next 18 years will bring all of us as these young men grow up to become equal partners in their households, champions for women in workplace and architects of a better, more equitable future for their own sons and daughters,” Melinda concluded in her personal write-up.